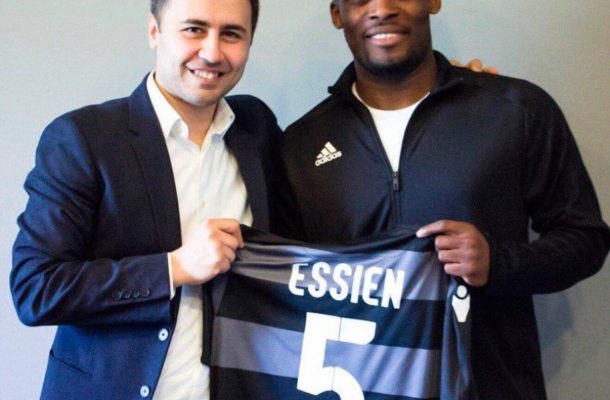 The Ghanaian international was at the Bayil Arena Stadium in Baku and met players of the top-flight side to motivate and inspire them.

He was presented with a Sabail FC shirt.

Essien was in the Azerbaijani capital where he played in an exhibition match dubbed "Baku 2019: Stars Final" held on March 3.

The 36-year-old has been without a club since leaving Indonesian side Persib Bandung last year.
Essien, a former African Player of the Year, began his professional career in France with Bastia and Lyon but it was his move to EPL giants Chelsea that shot him to superstardom.

In a nine-year career at Stamford Bridge, the tough-tackling midfielder claimed two Premier League titles, four FA Cups, a League Cup and, in 2012, the crowning glory, the Champions League.

He has also had stints with Real Madrid, AC Milan and lately in Greece with Panathinaikos.