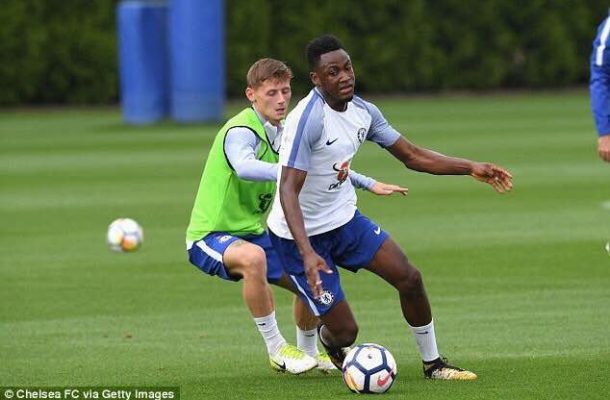 Ghanaian international, Abdul Baba Rahman is set to make a return to parent club Chelsea after his loan spell with Spanish top-flight side Real Mallorca.

The 27-year old left back joined the Laliga new boys on a season-long loan deal last summer and was key to the side until he picked an injury which sidelined him for almost three months prior the outbreak of the Covid-19 pandemic.

Baba Rahman joined Chelsea in 2015 on an initial 6-year contract and has since extended  it by an additional one year.

The talented left back has had difficulties breaking through the English giants' first team and despite going on a succession of loan spells to clubs including Schalke 04 and Stade Reims.

Speculations in the Ghanaian media suggest that Baba Rahman’s contract with Chelsea had ended and with his loan period at Mallorca expiring, the Ghanaian will be without a club.

But speaking in an interview with footballmadeinghana.com, the defender  brushed aside the reports revealing that he’s still a player of Chelsea.

“This is the 5th year of the contract and I still have a year left. Apart from the initial contract, I added one year more before joining Mallorca.

“So I still have two more years with Chelsea,” he added.

Baba is expected to return to England in the coming days and start training with Chelsea soon.