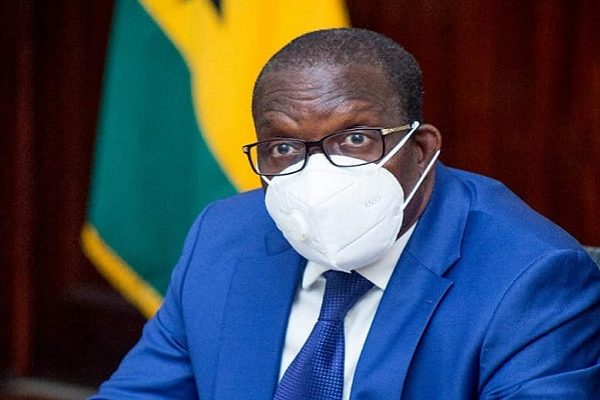 General Secretary of the ruling New Patriotic Party (NPP) has lashed out at the Speaker of Parliament Alban Bagbin over some recent comments about the 'power' he wields.

Boadu is clearly unhappy with comments attributed to Bagbin, which he submits are unnecessary more so for someone who is a beneficiary of a position he did not fight for.

His concerns relate to a recent statement in which Bagbin suggests that he (as Speaker) has the “powers to remove the president but the president cannot remove him,” comments Boadu says are unfortunate and serve no purpose.

“The Speaker as we all know is only benefitting from what he didn’t work for and as a result, he has been passing comments that sometimes are strictly unnecessary.

"For instance, he passed a comment that he has the capacity to impeach or remove the president and the president cannot remove you (Alban Bagbin) is totally unnecessary because he forgets that as a Speaker, he doesn’t even have a vote.”

“So, on what basis is he saying that or he’s going to supervise a distorted proposal for impeachment or what? I think it’s time he recognises that he’s benefitting from something he didn’t work for,” he stated in an interview cited by pro-NPP Asaase Radio.

Aside from his comments about the President, Bagbin is also on record as touting his role as the second most powerful man in Ghana by virtue of being the leader of the second arm of government, the legislature.

He cites a Supreme Court Justice' interpretation that the Speaker is above the Vice President going strictly by existing laws.

“When you start from His Excellency the President, you have to go to the Vice before you come to the Speaker and then you go to the Chief Justice,” he said of the known hierarchy.

Then continued: “But we have three arms of government… my colleagues in the Supreme Court told me that actually, you are not number three, you are number two. All those who were present at that meeting were convinced when the Supreme Court judge made the submission and justified it.

On both occasions, he spoke at a retreat for Members of Parliament over the weekend.