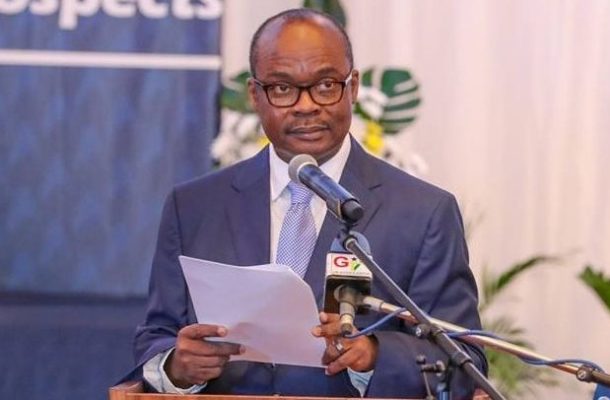 A recent report by the Bank of Ghana, which made this known, stated that the growth in banks’ investment holdings outpaced other asset classes due to the higher propensity of banks to invest more in less risky government instruments as a result of the pandemic-induced elevated credit risks and slowdown in credit demand.

Investments shot up by 45.9 per cent to GH¢67.9 billion, compared to the growth of 7.2 per cent in the prior year. Accordingly, the share of investments in total assets scaled up further from 36.3 per cent to 44.7 per cent over the review period.

Gross loans and advances continued to experience a subdued growth, at 3.6 per cent, a sharp decline from the 26.0 per cent growth in the corresponding period last year.

This is attributable to weak credit demand, higher repayments and banks’ increasing appetite for less risky assets. Adjusting gross loans for provisions and interest in suspense, net loans and advances grew by 2.2 per cent to GH¢41.4 billion, down from 27.2 per cent over the same comparative periods.

Liquidity flows within the domestic economy from the COVID-19 fiscal stimulus as well as payments to contractors, SDI depositors, and clients of SEC-licensed fund managers provided additional funding to the banking sector to support asset growth.

Additionally, increased savings by individuals and firms against the pandemic-related slowdown in consumer and investment spending in some sectors also contributed to the strong observed deposit growth.

The sustained growth in banks’ total net worth was driven by strong profit retention. Banks continued to cut back on borrowings as they relied on relatively cheaper sources of funding from deposits and shareholders’ funds to fund assets’ growth.

Total borrowings at end-February 2021 therefore contracted by 23.4 per cent to GH¢14.3 billion, in sharp contrast to growth of 30.7 per cent a year earlier.

The decline in borrowings reflected mainly in short-term borrowings while long-term borrowings increased during the year. In summary, the balance sheet performance of the industry for the first two months of 2021 shows sustained growth in key indicators except for the pandemic-induced weakness in credit growth.

It is expected that growth in the sector will remain strong as the economic recovery process takes hold in 2021.