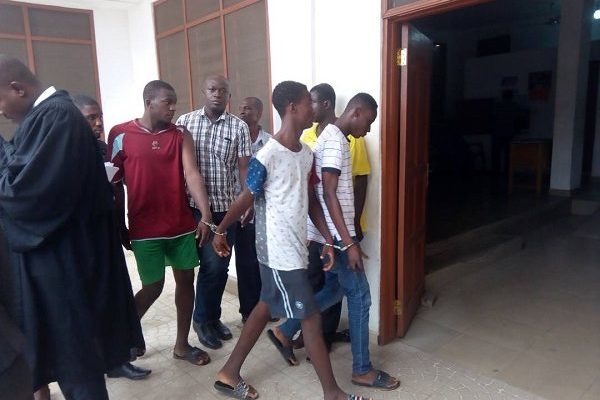 The four suspects in the Bantama gang rape incident have each been handed a 36-month jail term by a Juvenile Court in Kumasi.

The suspects are to serve their sentence in a Senior Correctional Facility.

Three of the suspects were charged with defilement and conspiracy to defile, while the other one was charged with aiding and abetting the crime.

A Kumasi Circuit Court on May 30 sentenced the first suspect in the gang rape incident to seven years in prison with hard labour.

A report presented to the court recommended that the suspect who was charged with aiding and abetting be given a 12-months’ sentence but Her Worship, Mrs. Christian Cann, rejected the recommendation and insisted that all the suspects serve the same sentence.

The suspects and their relatives could not hold back their tears when they stepped out from the court.

In December last year, five teenage boys were arrested after they were captured in a video sexually harassing a young girl.

The video sparked outrage as the abusers restrained the victim from escaping despite her fierce resistance.