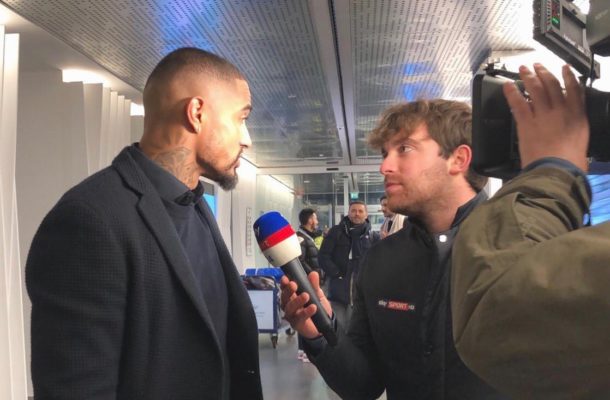 Kevin Prince-Boateng has confirmed he will complete a transfer to Spanish giants Barcelona in the ongoing transfer window.

The Ghanaian international will join the Catalan club on a paid loan with an option to buy set at 8 million euros.

The 31 year old confirmed the move in an exclusively with SkySport ahead of the official announcement;

“Barça, I’m coming! I’m sad to leave Sassuolo but is a great chance. Don’t ask me about Real Madrid... is just the past! I only want to focus on Barcelona and I hope to score at Bernabéu for the next Clásico”

Boateng can play across the attack or as an attacking midfielder and has good experience after playing in the Bundesliga (Hertha Berlín, Borussia Dortmund, Schalke), Premier League (Tottenham, Portsmouth) and Serie A (Genoa, Milan and now Sassuolo).

In the current campaign he has 15 games with Sassuolo, scoring five goals and providing two assists.