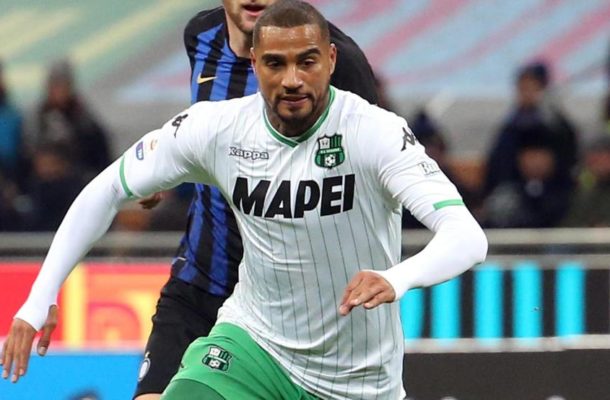 Ghana Star Kevin-Prince Boateng is close to a move to Barcelona, according to Transfer market expert Gianluca Di Marzio.

The former AC Milan man will join the Catalan club on a paid loan with an option to buy set at 8 million euros. The Ghanian will travel to Spain today to complete the move.

Boateng returns to Spain as a big surprise. In the past, the attacker was a protagonist at Las Palmas: 25 appearances, 10 goals and 5 assists in the 2016/17 season in La Liga. During his time at Milan, he scored two goals against his future team in the Champions League.

The deal is a great satisfaction even for Sassuolo who focused strongly on the revival of Boateng last summer.

The 31-year-old was one of the leaders of De Zerbi's side, scoring 4 goals and assisting 2 in the first half of the season in Serie A, in addition to two matches and a goal in the Coppa Italia.

The general manager of Sassuolo Carnevali will leave to Spain in the early afternoon to file the last details of the operation.

Thus, the privileged channel between the two clubs continues after the Marlon deal from last summer.

An axis that could also lead to other business in the future, especially with regard to the young players of the Spanish club, or perhaps with Sensi, a player also followed by Barcelona.