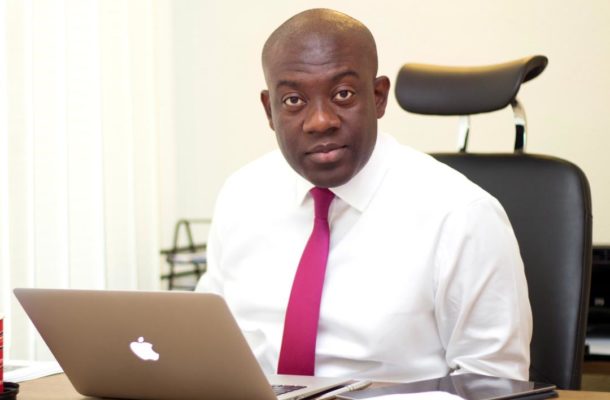 Minister of Information, Mr Kojo Oppong Nkrumah, has been applauded by the Vice President, Dr. Alhaji Mahamudu Bawumia for being named among the Young Global Leaders for 2020 by the World Economic Forum (WEF).

“Congratulations Minister Kojo Oppong-Nkrumah for being selected by the respected World Economic Forum as a Young Global Leader. It is a fantastic platform to hone your leadership skills and build a stronger resource pool to impact lives. In the words of the WEF you have emerged after a “rigorous process to identify the world’s most promising and compelling leaders under the age of 40,” Dr Bawumia posted on Facebook.

“We are proud of you Kojo. Keep soaring higher,” he added.

Mr Nkrumah was selected as one of 115 leaders described by the Forum as the World’s Most Promising Leaders under age 40.

The World’s Most Promising Leaders under age 40, who were selected from over 2000 nominations from around the world, was announced on Wednesday, 11 March 2020 from the WEF headquarters in Davos.

The selected leaders also include the Prime Minister of Finland Sanna Marin, Vice-President of Ecuador Otto Sonnenholzner; Chief Economist, Allianz Germany, Ludovic Subran; and Meagan Rapinoe, who is the Senior Captain of the US Women’s National Team.

According to the WEF, the selected finalists were chosen after a “rigorous process and are expected to continue driving innovation for positive change across civil society, arts, culture, government and business”.

Over the next five years, the selected leaders are expected to use their skills and competencies to build the vision, courage and influence to drive positive change in the world with their works across various sectors expected to improve the quality of lives and enhance livelihoods.

Aligned with the WEF’s mission, the leaders will also be expected to spur public-private cooperation among these unique actors to demonstrate entrepreneurship in the global public interest.