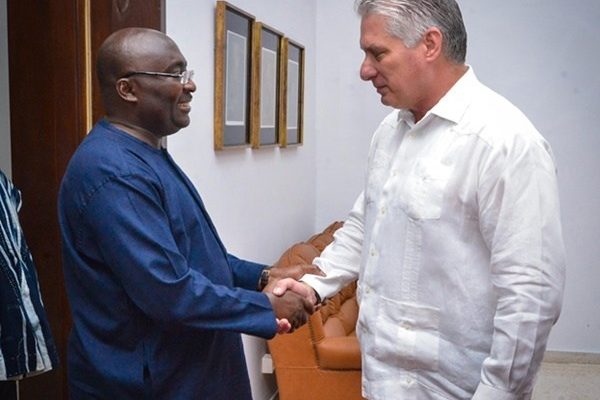 Dr Bawumia during his visit to Cuba proposed to the government to extend the special arrangement between the two countries for the training of health personnel in deprived communities.

Vice President Bawumia made the proposal when he held bilateral talks with Cuban President Miguel Diaz-Canel as part of a two-day official visit to the Caribbean country.

The Cuban government in turn accepted to train 40 brilliant but needy medical students a year from Zongos, inner cities and other deprived communities in Ghana.

According to officials, the programme will begin next year.

Gender parity will be ensured in the selection of the students to be trained as medical doctors, with a proposed selection of 20 males and 20 females.

The President of Cuba noted that over the years the government of Cuba has tried to dymistify the training of doctors by making sure the study of medicine is not the preserve of the elite.

He lauded Ghana’s efforts to offer medical training to brilliant but needy students from poor communities like the Zongos and inner cities and said that Cuba is ready to support Ghana in achieving its goal.

The training of the doctors and other professionals from poor communities will not only lift them out of poverty but also provide important role models for other children in the communities.

Vice President Bawumia also witnessed, as part of the visit, the graduation ceremony of 221 newly-trained medical personnel at the University of Medical Sciences, Cuba.