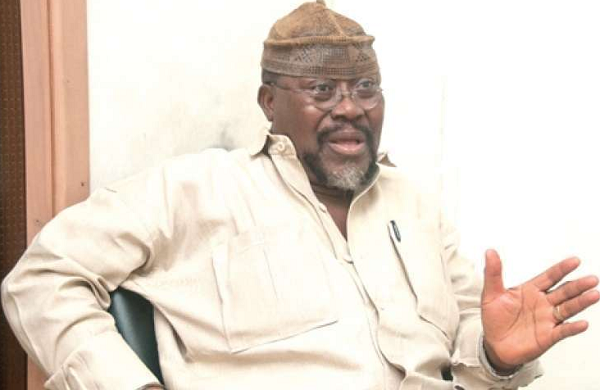 Dr. Nyaho Nyaho Tamakloe has said Vice President Mahamudu Bawumia must resign over the poor state of the Ghanaian economy.

According to him, Mr. Bawumia has failed to deliver on the numerous promises and assurances he gave Ghanaians when the New Patriotic Party was in opposition.

Government has come under intense public backlash over the performance of the Cedi against the dollar and the rising cost of petroleum products.

The President has conceded things are difficult in Ghana.

But the Vice President insists Ghanaians are better off under the NPP government because things would have been worse under an NDC government.

“This was confirmed last week by Standard and Poor, a global rating agency which has upgraded Ghana’s ratings, sovereign credit rating from B minus to B with a stable outlook. And, this is the first upgrade that Ghana has received in 10 years. In fact, we should recall that the NPP under President John Agyekum Kufuor left office with Ghana’s rating at B plus. After 8 years of the NDC’s economic management, our ratings went from B plus to B minus. This is after 8 years! After only 20 months of new NPP government under Nana Addo Dankwa Akufo-Addo, we have been upgraded from B minus to B,” he noted at the national policy summit in Tamale."

Commenting on the performance of the Vice President so far, Dr. Tamakloe told Bola Ray on Starr Chat Wednesday that the President has performed below expectation.

“In any civilised society, the first person to have jumped out of the boat is Bawumia….he should go.

“He made us believe that the money was there and things were going to change when we take over. I had a lot of hope in him but now I’m totally disappointed in him. Unless things turn around by the end of the year, then I can believe him again”.