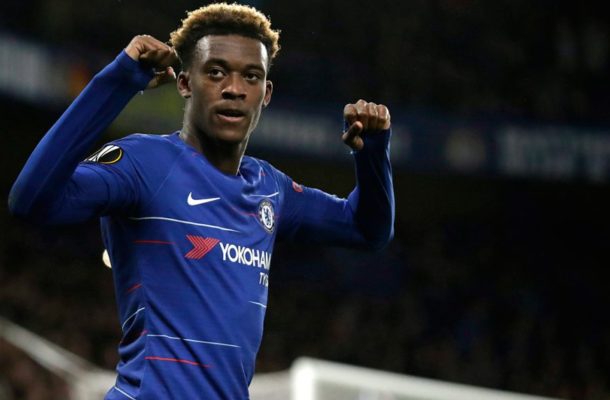 Callum Hudson-Odoi says he's living the dream at Chelsea - but refused to be drawn on his future at the club.

With his contract up in 2020, the 18-year-old is still mulling over an extension offer amid interest from Bayern Munich.

Despite the uncertainty around his future, Hudson-Odoi has fulfilled a dream playing for his boyhood club.

"I've been there throughout my whole life. Putting on the shirt for the first time, being a home-grown player, at such a young age, making my debut was an amazing feeling.

"Just seeing my shirt in the dressing room, it made me feel like a part of the club. It was a dream come true.

"[Once I was on the pitch] I just wanted to get on the ball as much as possible and show what I'm capable of. I think now I've done that, I'm just delighted and pleased for myself.

"[When I scored my first goal for the club, against Vidi in the Europa League] I just couldn't believe it to be fair.

"As soon as I saw the crowd screaming and jumping I didn't think it was a goal. I thought that I'd done something wrong and then when everyone started coming round me I realised… I'd actually done it… I'd actually scored my first goal for my club. It was a proud moment for me and my family."