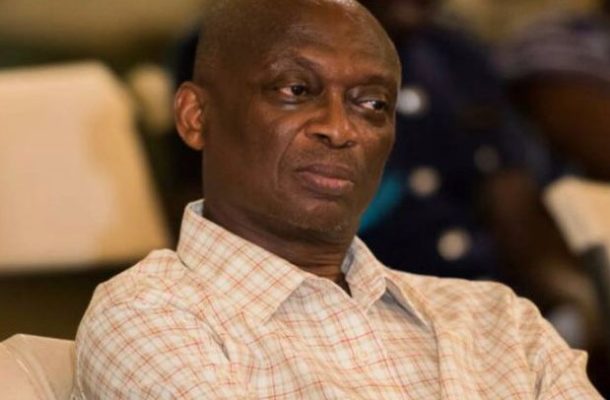 Editor-In-Chief of the New Crusading Guide, Abdul-Malik Kwaku Baako, has revealed that the latest investigative piece by his protege, Anas Aremeyaw Anas is a collaboration between the Tiger Eye PI and the British Broadcasting Corporation (BBC).

According to the veteran journalist, he feels sad for the President of the Ghana Football Association (GFA), Kwasi Nyantakyi, who has been his friend for several years.

President Akufo-Addo yesterday ordered for the arrest of the GFA boss, Kwesi Nyantaki after the Ghana FA Capo was found to have peddled in all forms of corruption including defrauding by false pretence using the name of the President and Vice-President Dr Mahamudu Bawumia to clench deals with some prospective investors.

The directive follows a private viewing of an investigative piece by ace investigative journalist Anas Aremeyaw Anas on the rot at the GFA dubbed 'Number 12'.

Reacting to the development on Peace FM’s Kokrokoo Programme on Wednesday, 23 May, Mr Baako said: “Kwasi Nyantakyi is my friend and I like him, he knows that. It is very painful that he finds himself in this situation.“Even If I had no remote connection to Anas or BBC, I still will feel it as a person, it hurts. But that doesn’t not mean that you cover up what appears to be a transgression or an infraction.“This project, again, is not exclusively Tiger Eye PI project, it is a joint Tiger Eye-BBC project.”