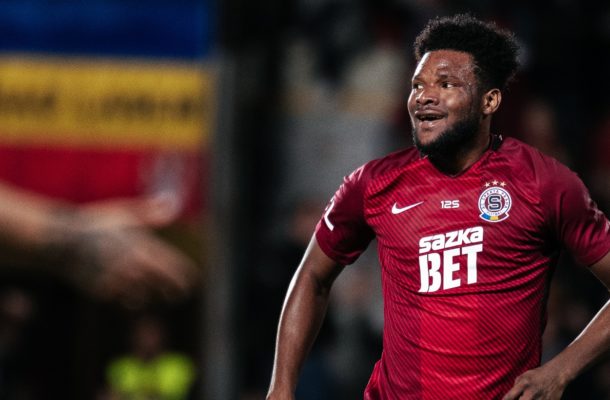 Ghanaian striker Benjamin Tetteh is attracting interest from clubs in Saudi Arabia with about two to three clubs all chasing after the giant.

His Turkish club Yeni Malatyaspor will not stand in his way if a suitable offer comes for their prized asset as they evaluate offers from Saudi Arabia.

Benjamin Tetteh ,has been linked with a move to teams such as Hull City, Trabzonspor, Kasımpaşa and Sivasspor but surprisingly offers from Saudi Arabia have started flooding in.

One of the Saudi clubs Al Hilal have reportedly offered 3.8 million euros to Yeni Malatyaspor for the services of the giant Ghanaian striker.

The Ghanaian striker had a good season for his side as he scored 7 goals in 26 matches in the Turkish Superlig but his goals were not enough to prevent the club from suffering relegation.

Tetteh will be hoping to move on from the relegated club as he looks to secure a place in Ghana's team for the 2022 FIFA World Cup in Qatar.