Benjamin Willie Graham writes: The hooligan Crocodile must be killed 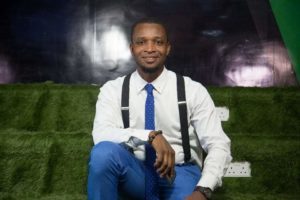 I have lost myself on countless occasions searching for a safer path to avoid the ugly sight of this monster tormenting our beautiful game of football by killing, incapacitating and crippling many lovers of the game whose only fault was to find themselves at the stadium.

Perhaps, the birth of this monster and its age may not appear important, as the cry for its demise becomes earsplitting because the damage this monster has unleashed on homes, families and precious properties are just unbearable, to say the least.

Football hooliganism dates back to 1349 when football originated in England during the reign of King Edward III. When villages played one another, the villagers main goal involved kicking the ball into their rival's church.

As a matter of fact, historians say King Edward banned the game as it distracted his subjects and caused constant social unrest. However, some Scholars believe modern hooliganism did not begin until the 1880s in Europe.

The losing team’s fans went mad and began to attack the players from both teams.  They threw stones and even came into direct contact with players, throwing blows which left one player unconscious.  Safety provisions for the players did not exist due to both the lack of security guards and little-known previous acts of hooliganism.

The following year, Preston’s fans once again involved themselves in a scuffle.  They fought against the fans of Queens Park, another crosstown rival, at a local railway station (Ingle, 2001; Milojević, 2013).

The fight marked the first instance of hooliganism attacks outside of the stadium, which further reflected in everyday life.  Citizens not affiliated with firms entered harms way at the risks of danger and injury simply standing as an innocent bystander.

IT ATTACKS DECREASED BUT STILL LURKS

Researches reveal, in recent years, hooliganism fatalities have decreased.  It is more likely to have small injuries or no damages at all than the killing of fans.  Still, the rare occurrences of extreme violence occur which lead to serious injury and death.

Police forces also play a significant role in the deaths and injuries of fans.  Police Troops opened fire at a match in the Democratic Republic of the Congo in 1998, ultimately resulting in four casualties (CNN, 2001).  In 2000, Galatasaray fans stabbed two fans of the opposition the night before an important match (Gow & Rockwood, 2009).

Despite the injuries and tragedies, hooliganism continues, just as the fan’s love for the game and their team remains the most important aspect of their identities and these actions are their ways of showing support.

What I find interesting in all the conversations surrounding the capture, and subsequent killing of the “Hooligan Monster” is that we seem to know its habitat, some forces(security) were deployed to capture it BUT, this monster’s offspring keep growing with vim and vigor and always ready to unleash mayhem on us.

Four years ago, I chanced upon a feature article beautifully scripted by Benjamin Owusu (Bengee), titled “Hooliganism and Violence; The ugly side of Ghana Football”.

He carefully outlined some intriguing case studies on the activities of this monster’s offspring in Ghana, and how this offspring has grown from strength to strength.

“The truth is that Ghanaian clubs have fans with hooligans’ tendencies. Instead of pinpointing the most hooligans club, let us condemn the act and find a solution to them.

To be frank, hooliganism has been rapidly increasing day after day, months after months at both Ghana Premier League (GPL) and Division One League (DOL) centres, and it's getting out of hands. And that has even prevented most teams from getting more away wins.” He writes.

THE HOOLIGAN MONSTER ATTACKS IN 2021

You see, prior to the start of the 2020/21 Ghana Premier League season, the Kurt Okraku administration outlined some innovative and creative ways of preventing this monster from further attacks. He met with the Inspector General of Police, discussed ways to train some officers as stewards, strengthened the security and safety department of Ghana Football Association (GFA) that helped the clubs to train clubs security safety officers.

All these seem not to work as planned because we have experienced attacks on football stakeholders at the highest level, with players and club officials receiving various punishments with the hope to, if not kill this global adversity maybe tame it.

For instance, in the Ghana Premier League this year various cases involving fans attacks on referees, coaches and players have occurred, a very disappointing and sad phenomenon in our league development

CASES IN THE GPL AND DOL

RTU and Nkoranza Warriors as well as the women’s league case of fabulous ladies and Kumasi Academy where referee Faizatu Jakpa was attacked.

THE TRAPS HAVE FAILED

It is sad to admit that all these traps appear not to solve the real issues. The most heartbreaking part of this conversation happened just the Sunday, May 9, 2021. While the entire country was commemorating the 20years of the stadium disaster that claimed 127 lives in 2001, a GPL match involving Ebusua Dwarfs and Legon Cities ended abruptly because the referee says he did not feel safe to continue the match owing to threats from home fans. Very Ironic!!

HOW WE CAN FIX THIS: COMMUNITY BUILDING.

I sincerely agree with Justin Parkinson’s school of thought on community building, which deals with the youth especially children. Justin is of the view that community building among fans is just as important as anything we have previously covered. He made reference to the fact that "fan coaching" should be of great priority to any country who has football at heart.

Thus, fans in each country should be taught about respect for the opposition, as well as the correct ways to accept defeat by avoiding violence.

This must begin with our children and young people who play and watch football. This generation needs to be taught to hold higher values, and this can be taught by their own coaches as well as their favorite star athletes.

Also, law enforcement agencies should also take up a role in this education, as a way to enforce the message, as well as educating them on the consequences of hooliganism.

State laws and punishments on property damages must be implemented without fear or favor to any club official(s).

As a country our empathetic tendencies rather create more problems for us, thus preventing us from doing the right things.

We must therefore strive to learn from best practices, and find solace in some policies which are bent on making hooliganism go away by any means possible. Therefore, we should not be limited to the

We should look further on how to tackle this global canker, with some of the suggested ways below:

•An annual report to be produced on hooliganism;

•More care to be taken over media strategy;

•An annual meeting of experts to be arranged for the exchange of relevant experience.

•The exchange and management of information by the police;

•Effective cooperation between the police forces at the match venues

•Effective cooperation between the police and the organizers of the league.

Collectively, we must see this hooligan monster as a national security threat and it must be trapped and dealt with all the arsenals the state can afford.