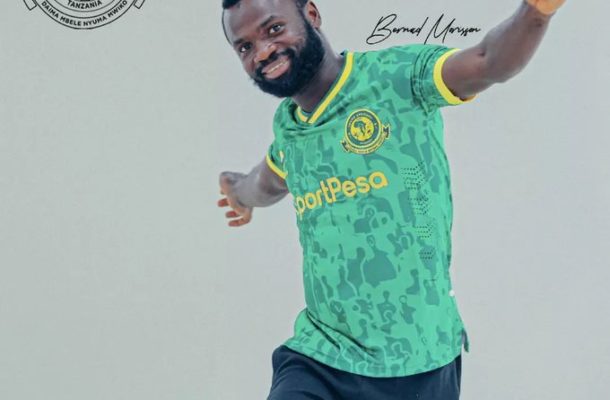 Morrison first played in Tanzania as a YANGA player  but in 2020 he controversially switched to Simba SC in 2020 but has now rejoined YANGA.

Details of the contract has not been revealed but the player has now crossed the divide once again.

Just recently, the former Heart of Lions star confirmed, through his social media accounts, that he had left Simba.

"The time has come to finally close this chapter," wrote Morrison.

"If I’m to say something about my stay with Simba, I will write for the whole day without stopping because I had so much fun and felt the love from the office of the club to the dressing room.

"As we all know, everything has a beginning and an end. I’m sorry to those hurt by my departure. For a single shilling spent on me by this wonderful club will forever be remembered, for all the shouts and love by the fans can’t be forgotten."

He had signed for Yanga in January 2020 and his move to Simba led to a transfer controversy between the two Tanzanian giants that ended up at the Court of Arbitration; a case that Yanga finally lost.

Yanga had sought the intervention of the Zurich-based court after a decision by the Tanzania Football Federation's Legal, Ethics, and Players' Status Committee ruled that Morrison was a free agent for contractual reasons and Simba were at liberty to sign the Ghanaian.

He has in the past played for Ashanti Gold in Ghana and AS Vita of the Democratic Republic of the Congo before he moved to South Africa in 2016 after the Buccaneers beat Mamelodi Sundowns to his signature.