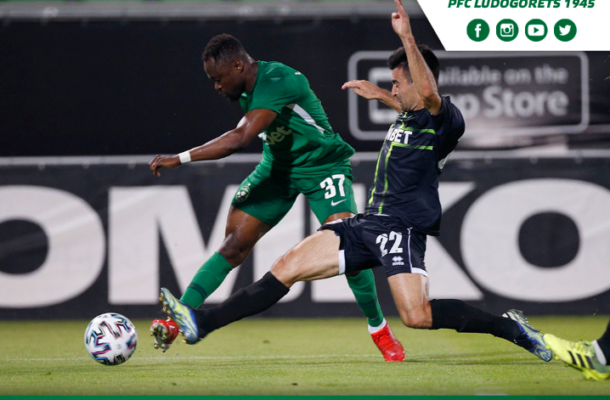 Ghanaian forward Bernard Tekpetey was on target while also providing an assist for his side Ludogorets Razgrad in their win against Botev Vratsa.

He helped his side beat Botev Vratsa 3-1 in their match day seven game in the Bulgarian First Professional League on Sunday evening.

The home side were quick off the block in the game and their early dominance paid off as Bernard Tekpetey scored the opener in the 9th minute of the game.

It did not take long as the away side responded with a goal of their own as Matheus Cassini pulled parity in the 17th minute of the game.

The home side upped the ante and Pieros Sitiriou  restored the lead for the home side in the 35th minute of the game to make it 2-1.

Three minutes later Beernard Tekpetey provided an assist for Pieros Sitiriou to make it 3-1 as the home side made sure of the results.

The 24-year-old former Schalke 04 man has three goals and two assists to his name this season in the Bulgarian top-flight.