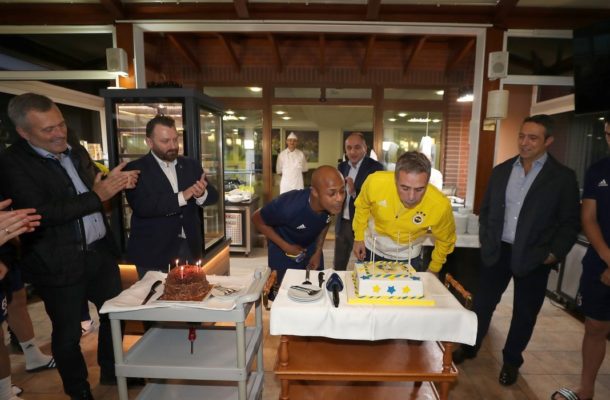 The football world have sent their goodwill message to Andre Ayew as he turns 29 years old today.

The Swansea City loanee has been impressive since joining Fenerbahçe SK on loan in the summer.

Ayew has been one of the most trusted players for the Black Stars and played a key role in the country's qualification to the 2010 and 2014 FIFA World Cup in South Africa and Brazil respectively.

The former West Ham star led the country's Black Satellites in 2009 to win the FIFA U-20 World Cup in Egypt beating Brazil on penalties.

He has featured in five Africa Cup of Nations and emerged as the top goalscorer in the 2015 AFCON hosted in Equatorial Guinea.

Ayew has scored three goals in 13 appearances for Fenerbahçe SK in the ongoing campaign.

And as he turns his new age, the football world have expressed their affection for the Ghanaian international.