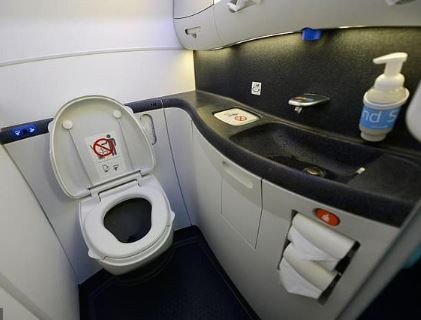 A passenger jet was stopped from taking off in South Africa after a foetus was found blocking a toilet.

Cleaners found the abandoned foetus in the toilet of the plane today at around 6.15am on the domestic FlySafair airline as the plane was being prepared and passengers boarded for an early morning flight from the coastal city of Durban to Johannesburg.

The discovery prompted the offloading of all passengers and a police investigation was launched.

The airline, FlySafair said the 'tragic finding' forced them to evacuate the plane while procedures started to investigate the findings.

In a statement the South African budget airline added:

'Upon final preparations of the waste management system for the departure of flight, our technical crew discovered what appeared to be an abandoned foetus.'


Police confirmed the incident and said they were investigating as passengers were asked to disembark the plane and their journeys were re-scheduled.