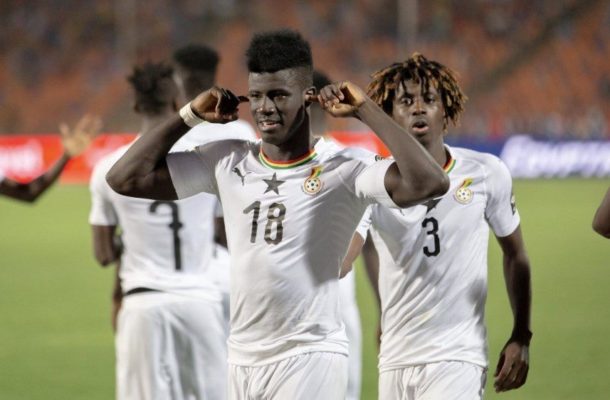 Ghanaian young attacking sensation, Samuel Obeng is attracting interest from several top European clubs following his blistering form for the Black Meteors in the ongoing CAF U23 AFCON in Egypt.

Reports from Egypt indicate that some of the interested clubs have already sent scout to monitor the attacking prodigy when Ghana take on  South Africa in the third and fourth play off game on Friday.

The Real Oviedo center-forward has emerged as one of the outstanding players for the Black Meteors despite going into the tournament as a fringe player.

He has so far scored a goal and registered two brilliant assists to his credit at the tournament making him one of the most talked about attacking talents at the competition.

Obeng has had limited game time with Real Oviedo B making just five appearances all season and scoring 3 goals in the process.

His current contract with the Spanish Segunda club expires at the end of the 2021 season and is currently valued at 200,000 Euros.

Coach Ibrahim Tanko’s side are chasing their first-ever Olympic Games qualification for the first time since 2004 and will be hoping to beat South Africa on Friday at the Cairo International Stadium to make a historic qualification to the Tokyo 2020 Olympic Games.