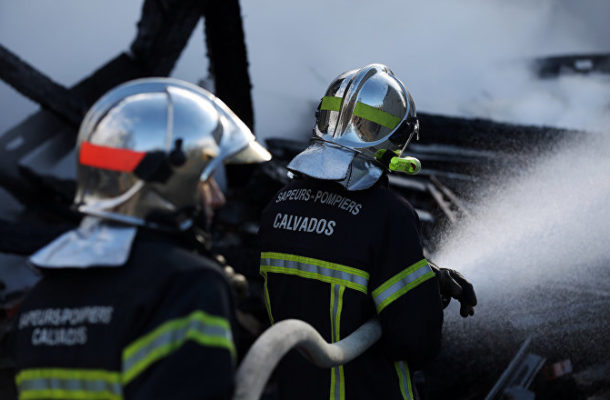 The explosion and fire occurred in a bakery in the French city of Lyon; firefighters and police officers who arrived on the scene found the burned bodies of a woman and a child, according to the newspaper Progres.

According to the newspaper, the explosion occurred on Saturday evening in a bakery located on the first floor of a residential building; two people were killed and four were injured.

Lyon: Explosion and violent fire in a bakery located on the ground floor of a building of 2 floors, where the fire has spread. A woman and a child found dead. At least 4 injured, one of the victims jumped from the 2nd floor. https://t.co/oeJvHh1PNv pic.twitter.com/ICajfWr2zg
— BOC Intel (@blackopscyber1) February 9, 2019

​In two hours, the fire was extinguished.

​Another person was injured, who escaped from the fire by jumping out of a second-storey window.
​The cause of the explosion has not been established yet; an investigation has begun. In January, three people were injured in a major explosion at a university building in Lyon, according to The Independent.Source: sputniknews.com