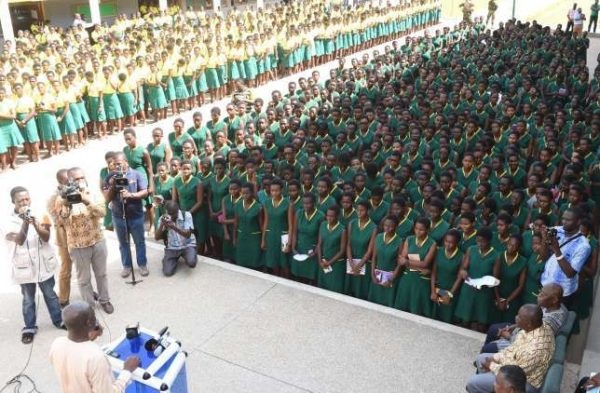 The Methodist Church has assured the Muslim community of its commitment to amicably address the fallout from the decision of the management of Wesley Girls’ Senior High School to disallow Muslim girls from observing the Ramadan fast while in school.

The move, according to the church, is to reiterate its commitment to sustaining peaceful and harmonious co-existence among students from different religious backgrounds in the country.

The leadership of the Methodist Church, headed by the Presiding Bishop, Most Reverend Dr. Paul Kwabena Boafo, gave the assurance when they met a Muslim caucus led by the Minority Chief Whip in Parliament, who is also NDC MP for Asawase, Alhaji Mohammed Mubarak Muntaka on Wednesday.

At the meeting, the presiding bishop indicated that the board of the school, of which he is the chairman, will be meeting soon to discuss the issue and the concerns of the Muslim caucus in Parliament as far as the school’s decision was concerned.

In a statement released on Thursday by the Muslim Caucus of Parliament, the MPs urged all Muslims to exercise self-restraint on the Wesley Girls’ High School issue.

“The church pledged to keep the delegation informed on the specific decision taken at the meeting regarding the resolution of the issue at stake,” the statement read.

It further thanked the leadership of the church for the warm reception and the assurances that highlighted the principle of inclusiveness associated with Methodist education in Ghana.

According to media reports, a Muslim father drove from Accra to Cape Coast on Monday, April 26 to Wesley Girls’ High School to withdraw his daughter after his daughter complained to him that the school does not allow her and other Muslims to fast.

However, school authorities explained to the father that their reasons for not allowing students, no matter their religious affiliation to fast, was due to health reasons, as there were concerns of students developing ulcers because of fasting.