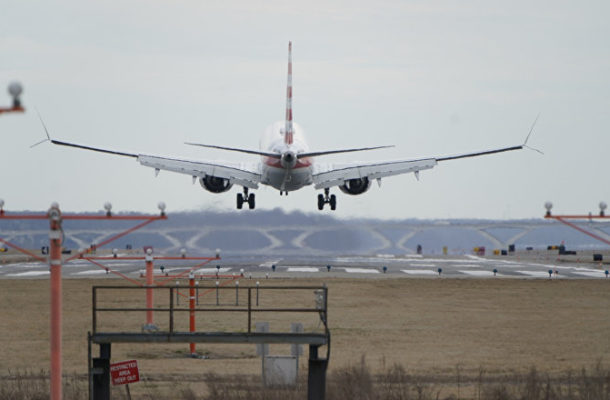 “After reviewing Boeing’s presentation on the updated 737 Max aircraft software, we are optimistic that the updates address the reported concerns about the MCAS [Maneuvering Characteristics Augmentation System] system,” Quiello said on Wednesday.
The US government has issued an emergency order to ground all Boeing 737 MAX 8 and 737 MAX 9 series aircraft following the deadly crash of an Ethiopian Airlines plane on 10 March, minutes after takeoff from Addis Ababa, Ethiopia, killing all 157 people on board.

©
REUTERS / Lindsey Wasson Boeing 737 MAX Did Not Require New Flight Training - FAA Certification Board
In the wake of the crash, aviation authorities and carriers around the world, including in Australia, Canada, India, New Zealand, France, Germany, South Africa, the European Union, China and Russia, have either grounded all 737 MAX 8 series aircraft or closed their airspace to them. READ MORE: Boeing to Show Off Software in Bid to Return 737 MAX to Service After Crashes The crash in Ethiopia was the second fatal incident involving the narrow-body aircraft in less than five months. In late October 2018, another Boeing 737 MAX 8, operated by Indonesia's Lion Air, plunged into the Java Sea shortly after take-off, claiming the lives of 189 people. According to the preliminary investigation, the plane's sensors were showing incorrect speed and altitude readings.           Source: sputniknews.com