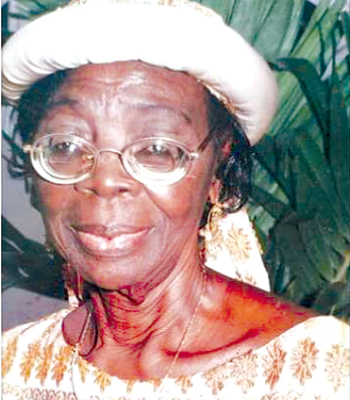 NEWS of your death came as a shock. What do l say... You were my sister, friend and confidante.

We met in September 1952, when 12 young women reported for training in Accra, as the very first batch of women to be enlisted in the Gold Coast Police Force.

We became friends immediately and shared a room at our hostel on Ring Road.

Coming from Ashanti Region, I did not know you before, and l did not know Accra much, but you helped me to settle down, introducing me to your father and uncles, who had shops at Accra Central.

I became their niece and enjoyed some family life.

Thank you for being a big sister to me. Being roommates, we both studied very hard. In our final examinations, you were first, and l was second.

Margaret Darkwa, later to be the first Policewoman to become an Assistant Commissioner of Police was Policewoman Number Three.

In September 2002, we celebrated 50 years of our enlistment.

Fortunately, we were all alive then and had a great reunion climaxed, with lunch hosted by my son Kwaku, and his wife, Prof. Henrietta Mensa-Bonsu.

Since then a number of us have left to be with the Lord.

Now, with you gone, there are only four of the original 12 of us left, myself (PW 2,) Margaret Darkwa (PW3), Adelaide Ayerley Tagoe (PW4), and Gladys Parker-French (PW6).

You fought for the rights of Policewomen, especially in getting them the right to marry and have children, which was denied them then.

You also fought for policewomen who left to start families to be able to re-join the force if they wanted to.

Modern day policewomen owe you a lot of gratitude for your gallant fight to make it possible for them to marry, have children and still keep their careers. So, farewell, PW1 Rosamund, my colleague, friend and sister.

You have played your part well and deserve your rest now. Your parade days are done... so right turn, left turn... stand at ease, and parade dismiss!!!

Your surviving mates join me in saluting you, gallant one.

May the Lord, whom we love and rely on, receive your soul and give you perfect peace, and may the souls of our colleagues who have departed this earth rest peacefully in the Lord.

Adwoa Rose, da yie, damirifa due. You will be forever missed.