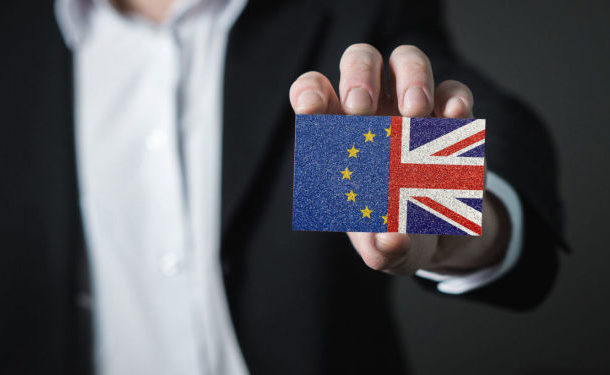 The eighth round of Brexit talks on a trade and co-operation treaty between London and Brussels starts on Tuesday, as the UK’s transition period is set to expire on 31 December, with the sides having achieved little so far, and Boris Johnson ruling out any extension to the negotiations.

UK Prime Minister Boris Johnson is reportedly poised to inform Brussels on Tuesday that the Brexit deal should be rewritten, as it is “contradictory” and threatens the Union, The Telegraph reports.
According to Johnson, when he agreed to the UK-EU Withdrawal Agreement last year, he hadn't foreseen that the “legally ambiguous” deal would leave Northern Ireland isolated from the rest of the UK, writes the outlet.
According to a Number 10 spokesman, Johnson did not believe the Withdrawal Agreement that was originally negotiated by Theresa May “made sense”, with the UK internal market "compromised by unintended consequences" unless amended.

"The protocol is contradictory in some respects – it talks about protecting the EU single market but also giving Northern Ireland unfettered access to the UK market. You can't have both”, the source said, as cited by the outlet.

Earlier, the Prime Minister was cited by the Daily Mail as vowing not to “back down" over his intention to change the terms of the Withdrawal Agreement, with appropriate legislation to be tabled on Wednesday.
The PM claimed there was 'no sense' in continuing stalling trade talks beyond 15 October, when EU leaders converge in Brussels for a major summit.
Johnson ruled out any compromise over the agreement on the “fundamentals of what it means to be an independent country to get it”.
The report comes as Michel Barnier, Brussels’chief Brexit negotiator, arrives in London on Tuesday morning for another round of talks on future trade and relations between the UK and the EU. Previous negotiations have stalled, with the sides failing to make much headway over the more contentious issues.
On the eve of the current round of talks, reports have surfaced that while the sides agreed in 2019 on the terms of the UK's exit, including on future trade in Northern Ireland, changes were later considered by Downing Street to the Withdrawal Agreement - the UK Internal Market Bill - to protect trade arrangements between the four main parts of the UK (England, Scotland, Wales and Northern Ireland).

©
AFP 2020 / YVES HERMAN Britain's chief negotiator David Frost (L) and EU's Brexit negotiator Michel Barnier arrive for a working breakfast after the seventh round of talks, in Brussels on August 21, 2020.

Concerns were cited that the reportedly planned “update” might possibly contradict the Northern Ireland Protocol, established to prevent a hard border between the UK-controlled part of the island and the independent Republic of Ireland.
Downing Street reportedly insisted it sought to "clarify" parts of the Agreement to protect the interests of Northern Ireland as a "safety net" in a no-deal scenario.
Matter of ‘Trust’
The reports triggered a swift response from Brussels, which said the "full implementation" of the deal was a "prerequisite for the negotiations on the future partnership" between the two sides.
European Commission President Ursula von der Leyen tweeted that the issue was a matter of "trust".

I trust the British government to implement the Withdrawal Agreement, an obligation under international law & prerequisite for any future partnership. Protocol on Ireland/Northern Ireland is essential to protect peace and stability on the island & integrity of the single market.
— Ursula von der Leyen (@vonderleyen) September 7, 2020

​Michel Barnier said honouring the existing agreement was a "precondition" for any progress in trade deal negotiations this week.

"If there is no free trade agreement, the UK will fall back on traditional and customary WTO rules. There will be customs tariffs for products that we export to the UK and we will impose tariffs on products we import from the UK," said Barnier.

Barnier also said no trade deal would be conceivable without an agreement granting EU access to UK fishing waters after Brexit.

"Excluding European fishermen is not acceptable to us. There are people who do not wish us well, who want to destroy us. Mr Farage and his friends."

Faltering Talks
The UK formally exited the European Union in late January, embarking upon a transition period until 31 December as it continues to abide by Brussels-approved regulations amid negotiations between the two parties on trade arrangements post-Brexit.
Several rounds of talks have floundered, as the two contentious points in UK-EU talks continue to be fishing rights in the waters of the British coast, as well as rules on state aid to business.
Brussels has been seeking a "level playing field" on state subsidies that would tie Britain to EU regulations on issues such as workers’ rights and state aid to business.
The UK has vehemently ruled out any jurisdiction for the European Court of Justice (ECJ) over the UK's laws.