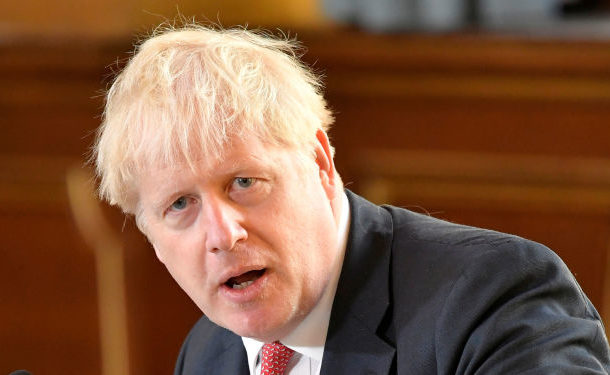 According to the prime minister, if there is no progress by 15 October, Britain will accept a "no-deal" version of the future trading relationship with the bloc and "move on".

UK's Prime Minister Boris Johnson is going to give the European Union 38 days to strike a free-trade deal with Britain, The Telegraph reported on Sunday.

Johnson will make clear that the UK "cannot and will not compromise on the fundamentals of what it means to be an independent country" to get a trade deal, the newspaper said.

According to Johnson, if the two sides don't agree by 15 October there will be no free trade agreement, and they "should both accept that and move on". In case of no deal, Britain would have a trading relationship with the EU like Australia's, which, he will say, would be "a good outcome".

Johnson will say that a deal is still possible if the EU is ready to rethink its current position, "but we cannot and will not compromise on the fundamentals of what it means to be an independent country to get it".

Earlier on Sunday, UK Brexit negotiator David Frost said he is not scared of a no-deal outcome, adding that they are fully prepared for it.  "If we can reach an agreement that regulates trade like Canada's, great. If we can't, it will be an Australian-like trading agreement and we are fully ready for that", Frost said.
Meanwhile, the British government is planning an internal market bill that could potentially jeopardise the talks in Brussels, the Financial Times reported, citing sources familiar with the matter. The new legislation is set to "eliminate the legal force of parts of the withdrawal agreement", including Northern Ireland customs.
The eighth round of trade talks between the UK and the EU is set to begin in London on Monday. If no deal is reached as a result of the talks, UK-EU trade will be based on the terms set by the World Trade Organisation.