“Boxing is a gold mine, lets get the best out of it” says Hon. Okoe Vanderpuije 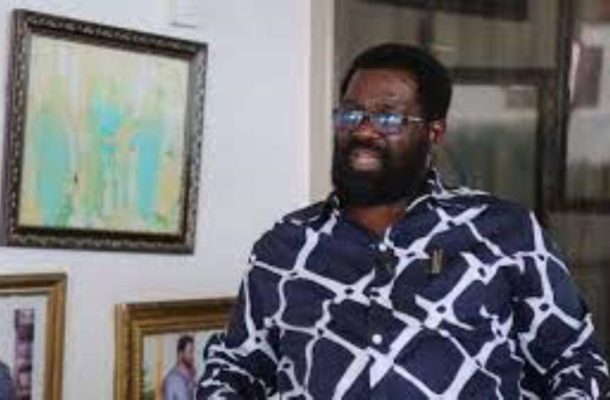 Member of Parliament for Ablekuma South, Hon. Alfred Okoe Vanderpuije has disclosed that boxing is gold mine and the Ghana Boxing Authority (GBA) and its stakeholders must reap the benefits of their toils.

Speaking at the Bukom Boxing Arena on Thursday where he chaired the Press Conference on the May Day Akotoku to come off at the Lebanon House at Tudu, he said more have to be done for the game to be more attractive and lucrative.

He said the GBA must go on a road show for businesses to come and support.

“Let’s expose our boxers outside for support, I am prepared to support in that endeavor” he assured.

He advised boxers to improve upon their skills and be disciplined as a hallmark of the business.

He appealed to corporate Ghana to support boxing as the youth has potential in becoming world heroes.

He urged boxers and boxing fans to respect time and come to the event on time.

Promoter Mr. Emmanuel Nii Amoo Mensah of Euroka Boxing Promotions thanked the media and all the sponsors supporting the event.

He expressed that boxing is a business that one must prepare very well before venturing into, as since organizing the ‘Saayoo Night’ he went to rest for a while to learn more and prepare for the future.

Mr. Lord Acquaye, who represented the GBA said the nation abounds in talents and hopes for more promotions to make boxers busy and active.

Mr. Rashid Williams aka ‘Believer’ the renowned match maker advised boxing fans to come to the Lebanon House Boxing Arena early on May 1, 2021 as the bouts will start at 6pm.

He announced that 13 bouts will be staged with Mawuli Folivi taking on Eliasu Sulley for the Natiional and West Africa Super Middleweight Championship.

Other interesting pairings will see world rated Manyo Plange against Raymond Commey in a Bantamweight clash, Sheriff Seidu versus Enoch Lamptey in a Super Featherweight contest and Osumanu Haruna against John Dugu in a Heavyweight duel.

Abram Afful will meet Moses Lartey in a Welterweight contest, and Michael Osumanu Osunla against Cudjoe Darah in a Middleweight clash.

Richard Fenyi will face Odartey Lamptey in a Lightweight fray as Dan Gorsh meets Kofi Atanga in a Bantamweight contest.

Rates for the event is 50ghc for Ringside and 20ghc for the Popular Stand. Tickets will be available at the gates.