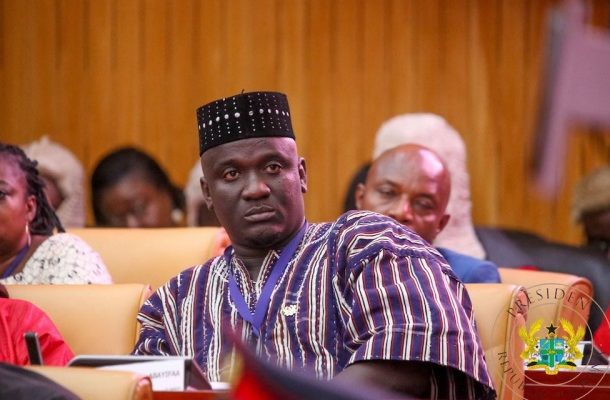 The Member of Parliament for Lawra  who was “mentioned” in the yet to be released documentary of investigative journalist, Anas Aremeyaw Anas and the BBC which focuses on corruption at the Ghana Football Association (GFA), was reportedly invited to answer some questions.

Earlier, Editor-in-Chief of the New Crusading Guide, Abdul-Malik Kwaku Baako has disclosed that everybody mentioned would be given an opportunity to watch the part of the video which affects them and react to it before the full two hour documentary titled: ‘Number 12’, is premiered on 6 June 2018.Mr Baako said this on Good Morning Ghana on Metro TV on Thursday, 24 May 2018 to confirm rumours that Mr Karbo had been captured in the documentary following a confirmation that President Akufo-Addo and his vice, Dr Mahamudu Bawumia had also been mentioned.Mr Baako said: “Karbo is mentioned, Karbo is the one scheduled to be interviewed on Wednesday, I don’t see why you are doubting that, I’m saying this on public record. Karbo is mentioned and he is aware that he’s been mentioned and he knew that Wednesday, we were to meet for the interview, so he would have watched.“If you are not being interviewed, you can’t watch the portion that concerns you, so he knew. He was scheduled to be interviewed on Wednesday, meaning, he would have had the opportunity to watch portions of where he was mentioned so that he can react, and that is part of the investigations, so, the investigation is incomplete and that’s what I say.”