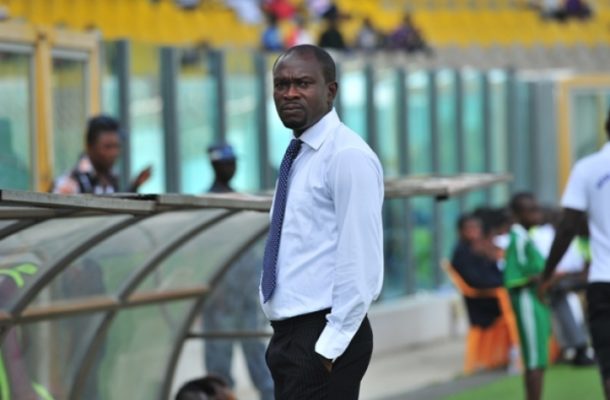 Ghana Premier League side Ashantigold have announced their decision to part ways with Coach C.K Akunnor by mutual consent.

This latest development comes after the 44-year-old gaffer was suspended last week for dereliction of duty after failing to supervise the team's training session.

Akonnor reportedly failed to turn up for training on Thursday and Friday when the miners resumed training but was spotted on GTV doing punditry for the FIFA World Cup on Saturday.

The Miners sit top of the standing and are gunning to clinch their second league title in three years.

“Ashantigold SC has today disengaged with the services of its Head Coach Mr. C. K. Akunnor. Whilst there is a huge sentiment for Mr. Akonnor, who has done so much for the club both as a player and coach, the decision was taken in the best interest of Ashantigold Sporting Club. “the release stated

“Management would like to place on record Mr. Akunnor’s tremendous contribution to the club in the last one year, and as such, would like to thank him and wish him well in his future endeavors.”

“The Technical Director Mr. John Christensen will take charge of the first team technical duties until further notice. Management would like to assure Ashantigold Sporting Club fans of its fullest commitment to the wellbeing and success of the club.” The release emphasized.