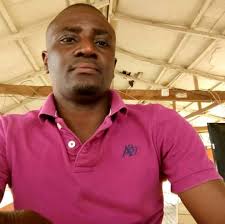 Ghana football in general and Asante Kotoko in particular have been greeted with yet another sad news following the death of former Asante Kotoko defender Kwaku Duah.

The Kumasi-based footballer started his career with Asante Kotoko from 1999 when he was a student of Kumasi High School.

Kwaku Duah, famously known as Cashbola died in Ejisu near Kumasi when he had aid his mother a visit on Friday.

According to family sources, Kwaku Duah was not sick but fell down while he was eating with his wife in his mother’s house.

“He was not sick. We were with him just on Thursday. He visited his mother in Ejisu where he is putting up a building for the family.

"While he was eating with the wife, he suddenly fell from his chair and was rushed to the hospital and was later reported dead,” a family source disclosed

Even though the cause of his death is not known yet, it is believed the former Kotoko player might have died from cardiac arrest or pressure.