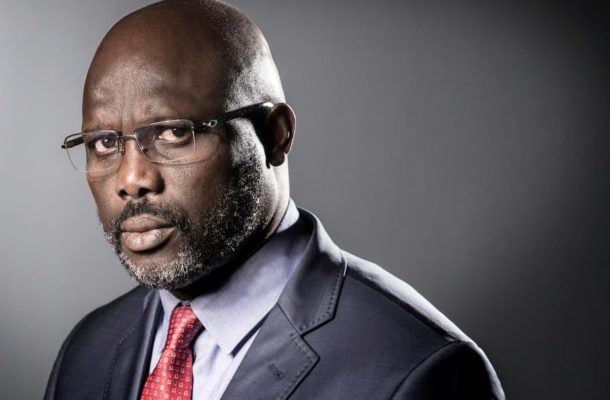 France has congratulated George Weah for winning the election to become the new President of Liberia, the European country's deputy Speaker of Parliament Sacha Houlie announced.

The former footballer made history on Tuesday as he was voted as the new President of Liberia after trouncing his opponent in the second round of voting, Ghanaguardian.com reported.

One of the world superpowers seems to have had insider reports of the result and the country's deputy speaker of parliament wasted no time in congratulating the former PSG player.

"Congratulations to George Weah who becomes President of Liberia today," Houlie wrote on Twitter, lending credence to the early report of an emphatic victory for Weah even though the electoral commission had not confirmed the result.

The former World Footballer of the Year become the first famous player in the world to clinch the high office of a country after retiring from the game. And like the Plymouth Whalers Weah is set to make history apart from the field of sports.

The delayed vote on Tuesday pitted George Weah, a 51-year-old ex-international football star and Liberian senator, against 73-year-old Joseph Boakai, who has been the country's vice president for the last 12 years.

Weah, who topped the first round of voting but did not secure the 50 percent needed to win outright, won the runoff after soundly beating Boakai.

Insiders close the the Weah camp have told Ghanaguardian.com that the results they have collated so far indicates that the former football star has won the election with about 80% of the votes counted so far.

Weah took to social media to give a disguised victory message telling his supporters he is on 'the verge of making history for our people' and thanked the people for their votes.