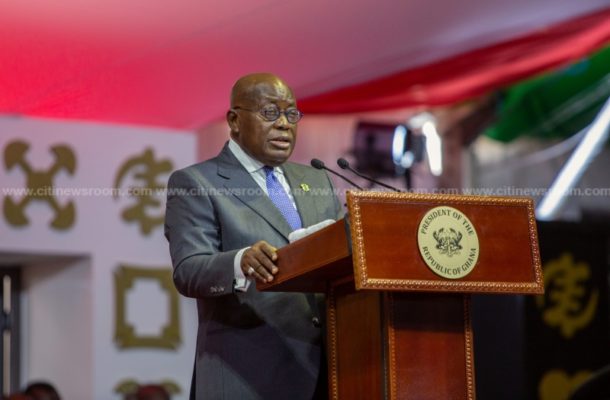 President Akufo-Addo has released names of nominees for various Ministerial positions in his second term of office.

The list which includes a lot of familiar faces has been submitted to parliament for approval through the Speaker, Rt. Hon. Alban Sumana Kingsford Bagbin.

As announced by the President in an earlier release, the President has scrapped some seven ministries and merged others into agencies.

Check out the list below signed by Eugene Arhin — the Communication Director for the President of Ghana. 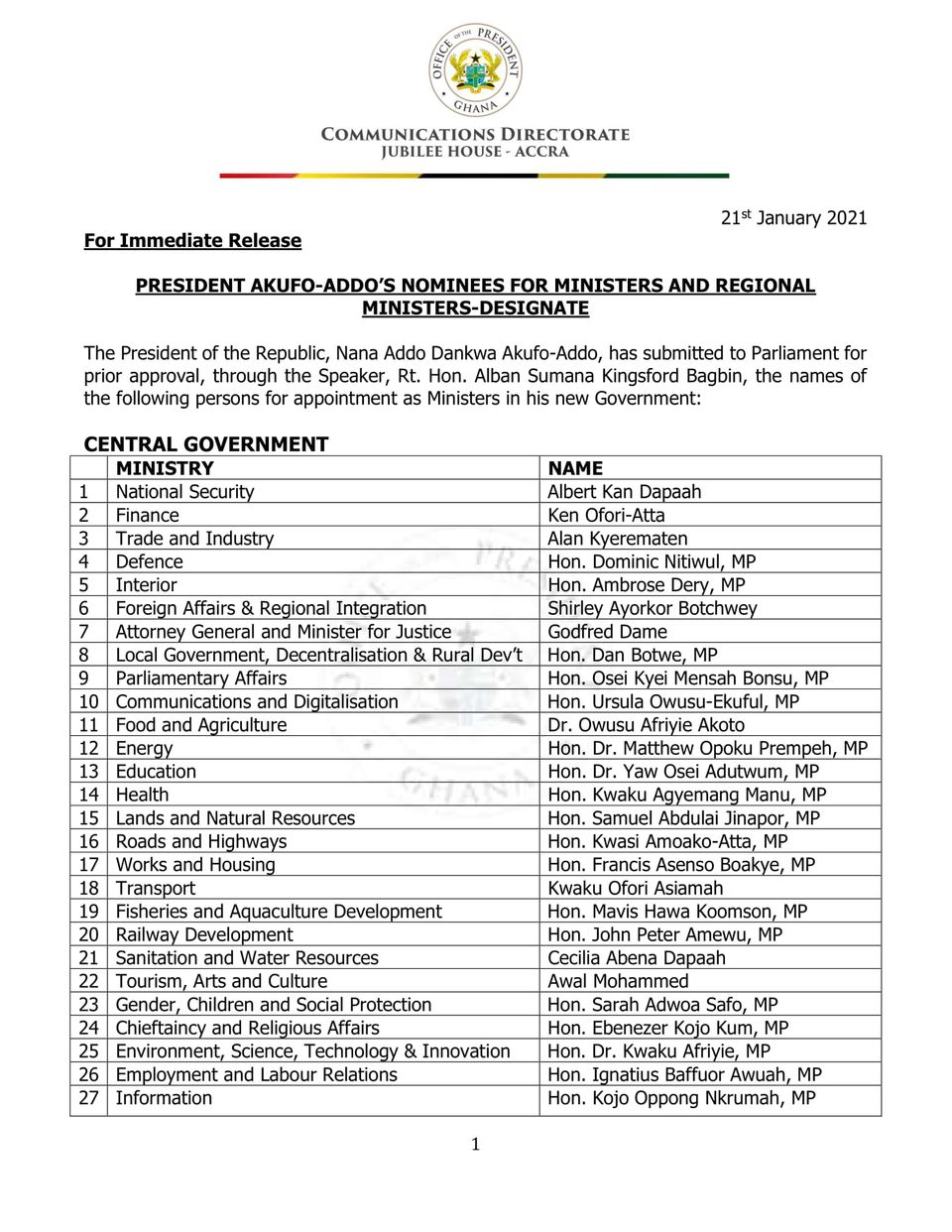 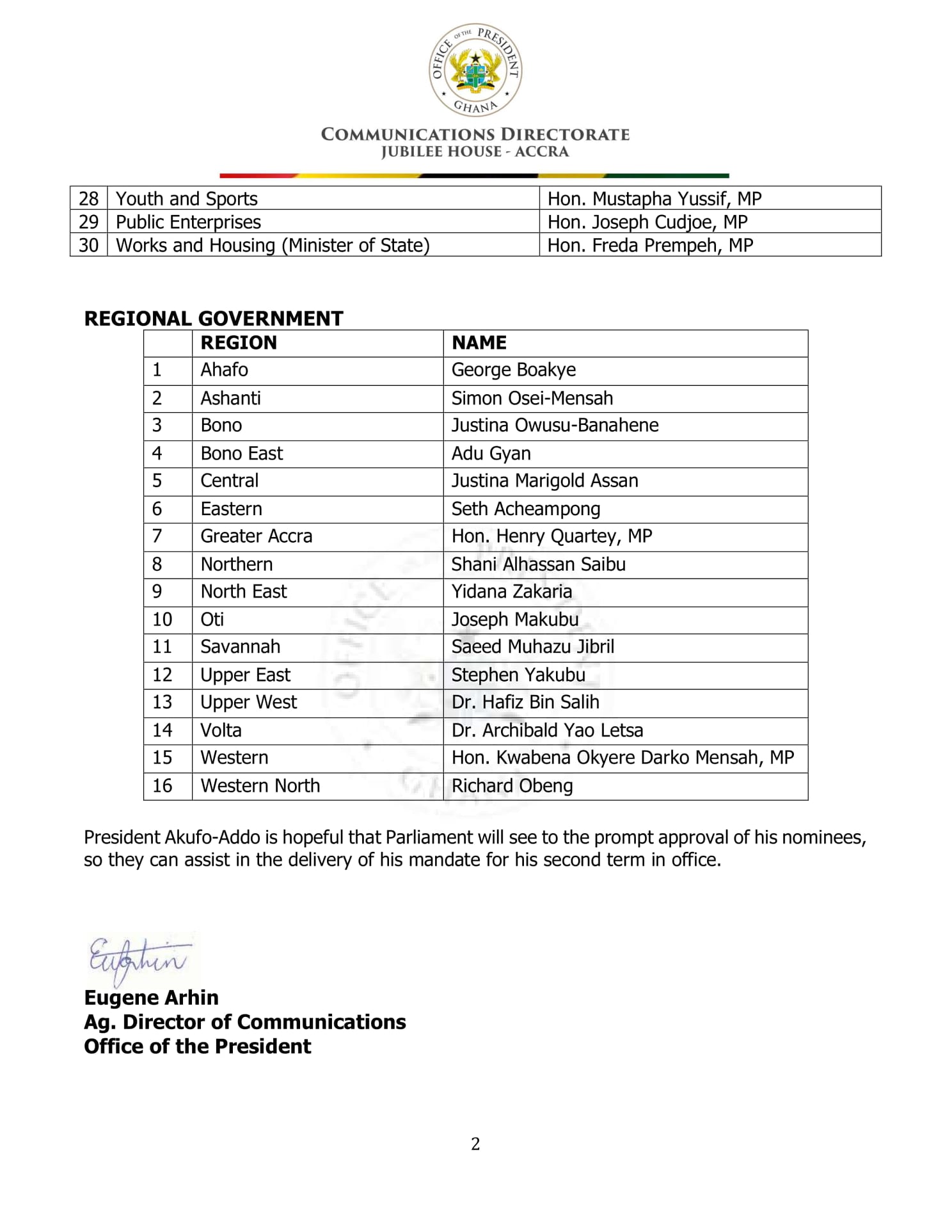