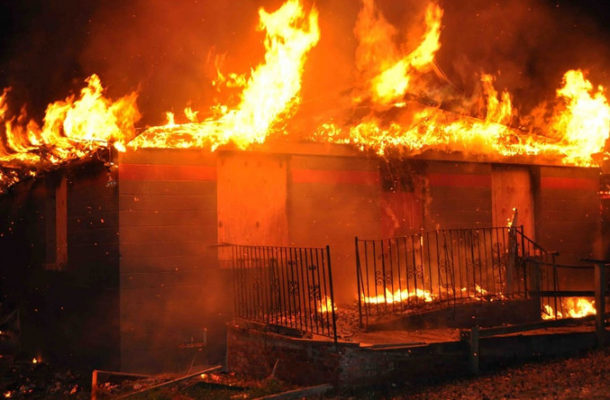 Reports just coming in from Kumasi indicate several houses are in flames at Dagomba Line near Asawase in the Ashanti Region.

TV3's Ashanti Regional reporter, Evans Nkum says firefighters are currently working to slow the spread of fires but they are finding it difficult to control the situation.

He said fire looters have taken advantage of the fire and moving from store to shops trying to steal people's properties as according to him, "there's no security personnel here to check them from embarking on such activities".

"The situation here is very chaotic", he told Alfred Ocansey on News 360.

The course of the outbreak is not immediately known.

Properties worth thousands of Ghana Cedis have already been destroyed as a result of the ravaging fire.

Some residents in the area have started fleeing for fear of getting trapped by the fire.

It is believed that hundreds of people would be displaced as a result of the fire.

Fears are growing that the rising temperatures and strong winds could make the fire uncontrollable.