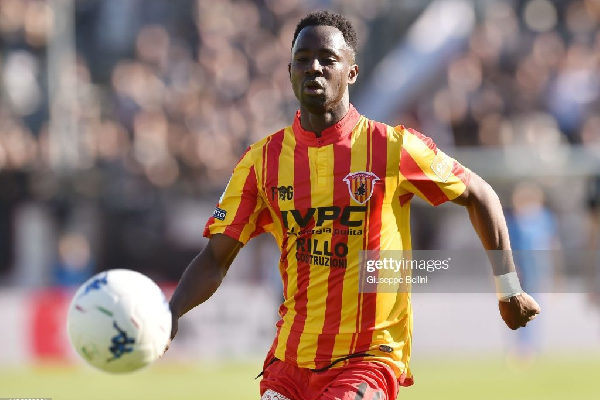 The two Serial B sides have had talks over the defenders future, for which Trapani has assured the 23-year-old of more playing time.

It is decisive week for Benevento as they seek to finalise everything before the close of the January transfer window.

The right-back joined Benevento Calcio from Inter Milan youth academy on an initial loan deal in 2017 before making it permanent after helping the Witches win promotion to the Italian Serie A.

He has however, found it difficult to break into the side's first team, making two appearances in the ongoing Serie B campaign.

According to reports in Italy, Trapani are hoping to rescue the youngster from his misery by snapping him up on a loan deal for the rest of the season.

Trapani are languishing in 19th place with 15 points - having shipped in staggering 36 goals in 19 games.