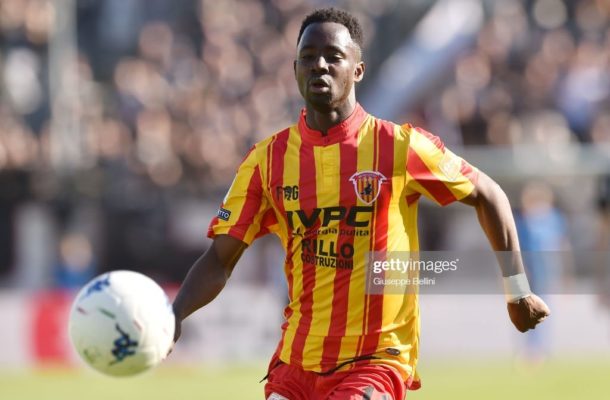 After finding little space in the first part of the season in the ranks of Mr. Filippo Inzaghi's Benevento (2 total appearances), the right-back born in 1996 is preparing to leave Sannio to carve out a leading role elsewhere.

Bright Gyamfi says goodbye to the witch, but remains in the Serie B championship.

Destination Sicily, or rather Trapani, for the Inter Milan trained Ghanaian footballer.

The full-back from Accra, in fact, has decided to marry the cause of the Sicilian club that is either Palermo or Catania may be his next destination.

A new adventure, therefore, for Bright Gyamfi that will surely bring a lot of experience and desire for revenge to amaranths.

Just as regards the defence, Benevento continues to move to try to find a worthy replacement for Luca Antei, knockout due to the rupture of the anterior cruciate ligament of the left knee.

In addition to the various Matias Silvestre (free agent), Vasco Regini (Sampdoria) and Riccardo Brosco (Ascoli), the name of Alin Tosca in Gaziantep, a militant team in the Turkish top flight (Super Lig), would be back in fashion at Benevento.

The Romanian defender is a profile not new to the Samnite club.

The 1994-born footballer, in fact, has already worn the yellow and red Benevento shirt on the sidelines of the first season ever in Serie A of the Campania club (2017/2018).