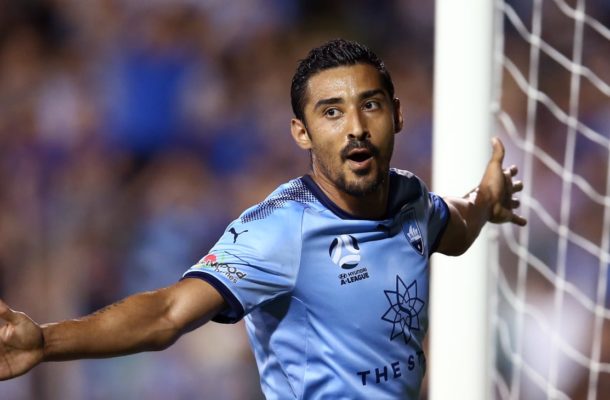 
After spending the vast majority of his career in Europe – primarily in the Netherlands and Belgium – the Iranian forward joined Sydney on loan from Cypriot side APOEL ahead of the 2019 AFC Champions League campaign.

The 31-year-old former Islamic Republic of Iran international scored his first goal for his new club as Sydney defeated Adelaide United 2-0 in the A-League on Friday and he is now set to take his place in the starting line-up for the Group H match against 2012 winners Ulsan.

“Reza has a great personality and has fitted into our team culture very quickly already,” said Brosque of his new teammate, who scored for his country at the 2014 FIFA World Cup and was also part of Iran’s squad at Russia 2018.

“He’s very popular with the players and not only that, has shown some real class on the field. He is an excellent player and we are very lucky to have him and I’m sure he will excite fans in the AFC Champions League.”

Currently second in the A-League, Sydney are set to make their fifth appearance in the AFC Champions League. In addition to Ulsan, they will face China’s Shanghai SIPG and Japan’s Kawasaki Frontale in Group H.

Last year, under current Australia coach Graham Arnold, the Sky Blues struggled at home – picking up just one point from three games without registering a goal as they exited at the group stage.

While Sydney remained unbeaten on the road, earning five points from three games, they will look for a reversal of fortunes in front of home support this time round, particularly with trips to both the Chinese and Japanese champions to come.

Our Asian adventure begins NEXT WEDNESDAY as we host Korea Republic powerhouse Ulsan Hyundai FC at Jubilee Stadium! Be there to back your Sky Blues as we take on the best in the AFC Champions League! ? #SydneyIsSkyBlue #ComeWithUs #BringItOnAsia #SkyBlues #Football #Asia #TheAFCCL #Team #Together #WeAreSydney

A post shared by Sydney FC (@sydneyfootballclub) on Feb 27, 2019 at 1:48am PST “I think we were unlucky in our opening few games last year and were the best team on a number of occasions but we didn’t get the rub of the green,” noted Brosque.

“It also turned out we were playing the best two teams in the East side of the draw – Kashima [Antlers] and Suwon [Samsung Bluewings] – as they made the semi-finals, and to come so close to knocking them out is a great credit to us.

“I’m very excited about the 2019 AFC Champions League and the challenge of playing against some of the best players in Asian football, which will be a huge test for us and something to judge ourselves on.

“We have shown ourselves to be a good Asian football side in recent years and we will have confidence going into every game. We go into every tournament we take part in expecting to win and this one is no different.”