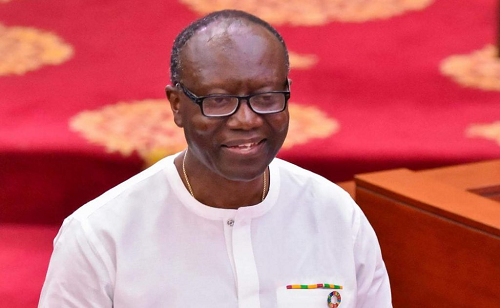 The Minority Leader, Haruna Iddrisu has disclosed that the Akufo-Addo administration is banking its hopes on debt forgiveness after it had emptied the state coffers.

According to him, the government is now focused on seeking relief from multilateral organizations and bilateral partners the country owes.

He said that the government could not make demands for extra funds in the mid-year budget review present on July 29, 2021 by Finance Minister, Ken Ofori-Atta, because there exists no money in the public purse.

“I am very confident that the minister’s hope and the hope of the president now is debt relief and debt forgiveness.

“You don’t drink water from an empty calabash, so we can understand why he is not here to ask for money,” the Minority Leader noted.

He also sought to find out from the government when the Chief Executives of Metropolitan, Municipal and District Assemblies will be appointed.

“No boards in place, no chief executives in place, no DCEs [District Chief Executives] in place. What will you ask for more money for?” he quizzed.

He however disclosed that government will in the next three years create one million job opportunities for the youth.

“As has been well-publicized, a few days ago, the Ministry of Finance granted financial clearance to the Ministry of Education and the security services for the recruitment of some 11,800 people to beef up their operations. It does not end there. We will through interventions to be set out in the mid-year budget review announce plans for the creation of some one million more jobs under the Ghana CARES ‘Obaatampa’ project over the course of the next 3 years.

“We are determined to pursue our agenda for jobs creation in order to give opportunities for our youth to nurture their talents for the development of our country,” he added.