But for determination I would've been a social delinquent - Stephen Appiah 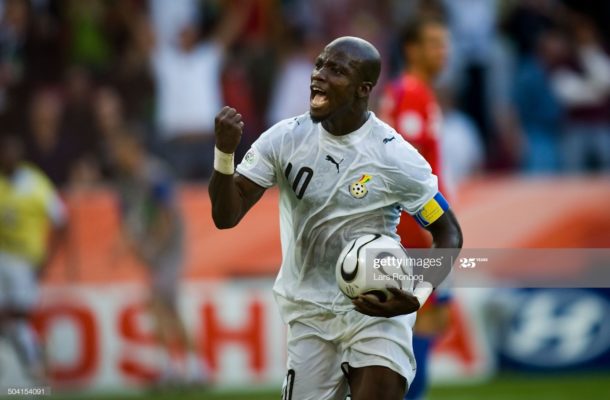 Former Black Stars captain Stephen Appiah says but for his determination to be a footballer, he could have been anything else.

The former Juventus star has recounted how he was sleeping roughly on the streets in his formative years with most of his friends at the time involved in all manner of social vices.

El Capitano as he is affectionately called rose through the trenches of poverty to captain the Black Stars of Ghana to its maiden World Cup appearance in Germany in 2006.

Appiah was part of the victorious Black Starlets team in Ecuador 1997 who lifted the World U-17 Championship before embarking on a sojourn to Europe where he started his Italian adventure with Udinese then to Parma and a loan spell to Brescia before that big move to Juventus.

The midfielder is held in high esteem by most Ghanaian football fans for his exceptional leadership qualities and skills during his time with the Black Stars.

In an interview with JOY FM, Stephen Appiah recounted that but for his determination he would have been involved in social vices.

"I used to sleep in Trotros [commercial vehicle] and there were times I was woken up in the middle of the night to do some bad things but I said no because I just wanted to be a footballer."

Stephen Appiah captained Ghana to our first ever World Cup appearance in Germany 2006 and was also present at the 2010 World Cup in South Africa before joining the technical staff for the 2014 World Cup in Brazil.