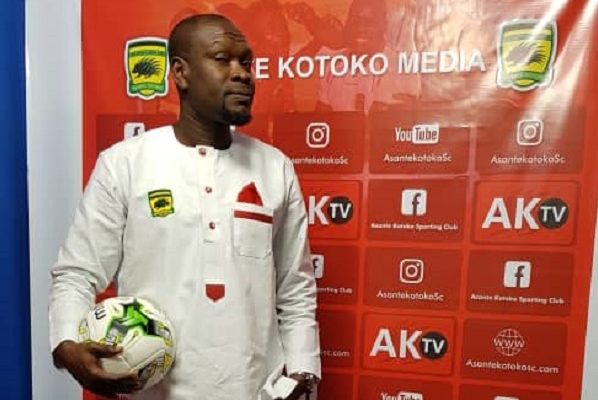 Kumasi Asante Kotoko should now be frantically searching for their cheque book as they will soon be paying a hefty amount in compensation to former coach C.K Akunnor.

An arbitration by the player status committee which also oversees the employment contracts of person in football have ruled that the porcupine warriors have breached their contract terms with their former trainer.

C.K Akunnor was unveiled as coach of Kotoko on 1st October 2018 and barely nine months into a three year contract signed the porcupines warriors decided to tear his contract apart.

The disgruntled trainer dragged the porcupine warriors to the player status committee demanding his remaining two year salary on his contract,his bonus for winning the tier 1 competition and also bonuses due him for qualifying Kotoko to the group stages of the Caf Confederations Cup.

C.K Akunnor before joining Kotoko was coach of Ashgold and has had stints with Hearts of Oak, Dreams Fc and Sekondi Eleven wise.