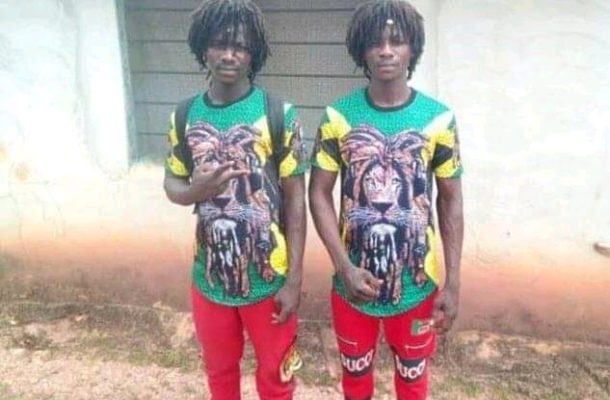 Money they say is the root of all evill.

An Ajumako Enyan Essiam fetish priest is in the grips of the police for killing his brother after the two picked up a quarrel over money.

The 21-year-old, a twin, reportedly murdered his twin brother at Ajumako Bekoso in the Ajumako Enyan Essiam District of the Central Region.

Community Reporter, Still Confidence gathered that, the twins have both been working together as fetish priests for some time now.

Atta Kakra, the younger of the twins is said to have stolen his elder brother Atta Panin’s phone and succeeded in retrieving money from his mobile money account.

The suspect after noticing that his money had been withdrawn from his wallet, questioned his brother.

Tempers then flared up resulting in a scuffle.

In the process, Atta Panyin got hold of a pickaxe and tried to pierce his brother But the younger twin, struggled and succeeded in wrestling the pickaxe from Atta Panyin and axed him. He died on the spot.

The body of Atta Panyin has since been sent to the Cape Coast Hospital morgue while Atta Kakra is at Ajumako Police Station assisting with investigation.

The Ajumako Enyan Essiam Police Commander, Chief Supt. Sabaliko Alhassan who confirmed the case stated that investigation has begun, adding that the suspect will soon be arraigned before court.