CAF CL: Asante Kotoko beat Kano Pillars to progress to next round 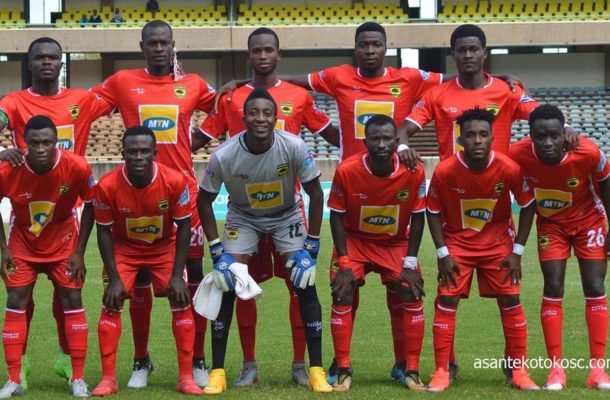 Kumasi Asante Kotoko advanced to the next stage of the preliminary round of the CAF Champions League after a 2-0 win over Kano Pillars on Sunday.

The Porcupine Warriors scored in either half to eliminate the Nigerian giants from the annual competition.

Kelvin Andoh broke the deadlock as early as the third minute to settle the nerves at the Baba Yara Stadium.

Masu Gida pushed for the equalizer but Kotoko were resolute in defence as the first half ended 1-0 in their favour.

The 2nd half started like almost the first with Kotoko pushing for a second goal to kill the tie.

They did get the second in the 58th minute through Naby Keita only for it to be ruled offside.

They nearly got the cushion in the 71st minute after Richard Arthur's effort came off the crossbar.

The Ghana Premier League giants got a deserved second late in the game through Emmanuel Gyamfi who sealed the win.

This result means that Kotoko will face Tunisian side Étoile Sportive du Sahel in the next round of the competition.