CAF CL: Kotoko to depart to Nigeria on August 8 ahead of Kano Pillars showdown 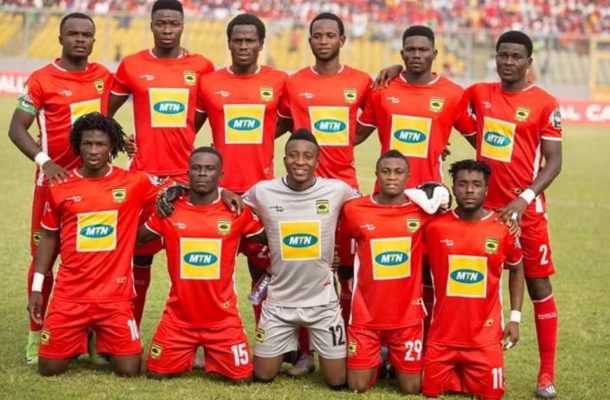 Asante Kotoko Communications Director Kennedy Boakye-Ansah has confirmed the team will depart to Nigeria on Thursday, August 8 ahead of the Champions League game against Kano Pillars.

The first leg of the tie is scheduled for the Sani Abacha Stadium in Kano on August 10 with the return leg set for Kumasi two weeks later.

Kotoko’s last appearance in the Champions League was in 2015. The Porcupines were eliminated in the first-round by Algerian side MC El Eulma.

The winner of the two-legged match will progress to the final round to play either Hafia FC of Guinea or Tunisian club, Etoile du Sahel.

"The team will depart to Nigeria on Thursday to continue our preparations ahead of our game against kano Pillars", Kennedy Boakye-Ansah told AshhFM.