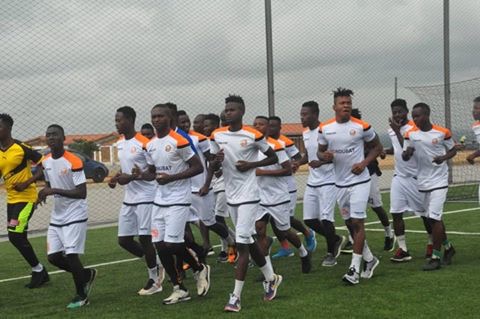 Asante Kotoko's opponent in the CAF Confederations cup playoff, San Pedro of Ivory Coast have expressed fear ahead of their make or break fixture against the Ghanaian giants.

The Porcupine Warriors were drawn against San Pedro for a two legged encounter, the winner of which will make it to the group stage of Africa's second tier club competition- the CAF Confederations cup.

Following the draw which took place in Cairo last Friday San Pedro's General manager Abi Haidem has disclosed that fear gripped his outfit when they were paired against Kotoko.

"We had a little bit of fear when we saw we have been drawn with Asante Kotoko after checking their clouds in African football. We are a small club but everything is possible in football", Haidem said in an interview with Light FM on Thursday.

But despite expressing his fear, the San Pedro general manager remains optimistic about his side's chances of causing an abset about their more experienced opponent.

"Our ambition is to climb this round to the group stages of the CAF Confederation Cup", Haidem said.

"We know Asante Kotoko is a big club in Africa with so much experience and pedigree but we are coming to beat them", he added.

Asante Kotoko will host San Pedro in at the Baba Yara Stadium on Sunday October 27 before traveling to Abidjan for the return leg a fortnight later.