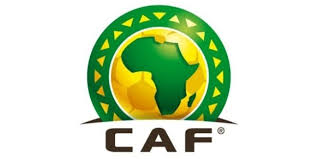 Pinnick is chairman of Caf's Nations Cup Organising Committee and was part of its latest fact-finding visit to Cameroon that concluded on Monday.

There have been concerns about Cameroon's preparations ever since Caf President Ahmad said last August that the country would "have work to convince" African football's rulers that it was ready.

"The president of Caf, Ahmad, is 100% in support of what is happening here. I've been giving him updates and he's very excited about it," Pinnick told BBC Sport.

"He has given us a lot of reassurances and nobody is going to take it away from Cameroon."

"What we have seen so far is really very very impressive, the government has made huge efforts to host the best Afcon ever and we're very excited about it"

"We are truly from the depth of our soul desirous of Cameroon doing this because we know that it's going to impact hugely not just Cameroon but the continent of Africa."

Cameroon will be hosting the first Nations Cup to be held in June and July and one that has expanded from 16 to 24 teams.

Pinnick was talking after Caf's third inspection of stadia and hotel facilities in the 6 host cities.

"We don't want people to have any forms of misconceptions," he continued.

"We are here for very serious business and what I saw in the presentations was amazing because after the end of the tournament, I don't think there's any country that will have the facilities Cameroon have."

"We need to go the extra mile. We've come from the World Cup and we've seen very high standards.

"We want to see a different nations cup hosted by Cameroon creating a standard that every other African country will look at Cameroon and say that this is the standard that they've set, how can we meet up with this standard."