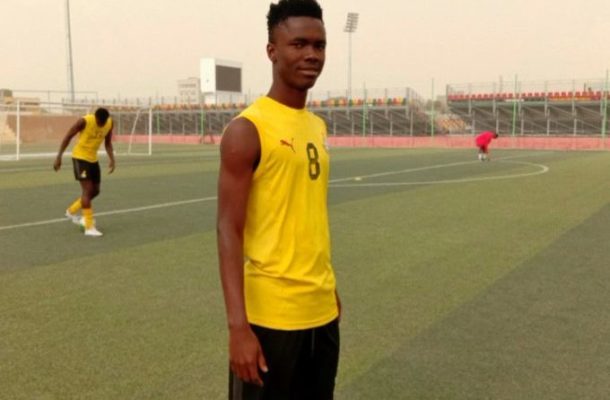 Ghana midfielder Sampson Agyapong is safe and healthy after a scary head injury in Friday's 0-0 stalemate with Morocco at the CAF U-20 AFCON.

The WAFA midfielder was introduced into the game as an 85th minute substitute as replacement for Abdul Fatawu Issahaku but minutes later suffered a nasty concussion after being knocked in the head by a Moroccan player.

He was contesting a 50 50 ball with the Moroccan player who had his foot high as he slammed into it and was momentarily unconscious before the medical staff quickly rushed onto the field to resuscitate him.

Agyapong who handed everyone a scare as he lay motionless on the turf was quickly rushed to the hospital were he was stabilized.

The Ghana FA in a tweet assuaged the fears of all Ghanaians and persons concerned with the horrifying incident.

The statement read: ''Sampson Agyapong is stable and will be released from hospital this evening to join the rest of the team at the hotel.''

Video of the concussion below: