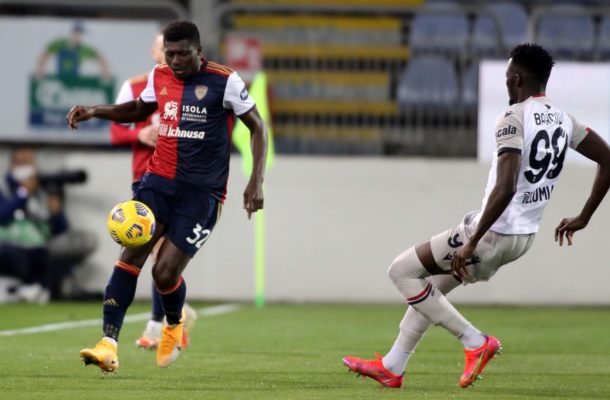 Ghanaian International Alfred Duncan was the victim of social media racist abuse after his side Cagliari defeated AS Roma by 3-2 in their Italian Serie A game on Sunday.

Cagliari who are battling relegation defeated AS Roma in an entertaining but hard fought win that moved them out of the relegation zone.

The 28 year old Ghanaian midfielder who was sent the racial abuse via his direct message displayed a screenshot of the abuse sent by a fan of the opposing team but the Cagliari midfielder showed he was a better human being than his abuser as the showed class by sending him a savage thought provoking response.

“There is no limit to the worst and unfortunately social networks are a megaphone for the stupid” said the fan.

Reacting to the abuse, the on-loan Fiorentina player did not think much about it and decided to teach him an exemplary lesson by publishing the screenshot of the message and replying: "The fault is not his but his parents ... education is the key word" .