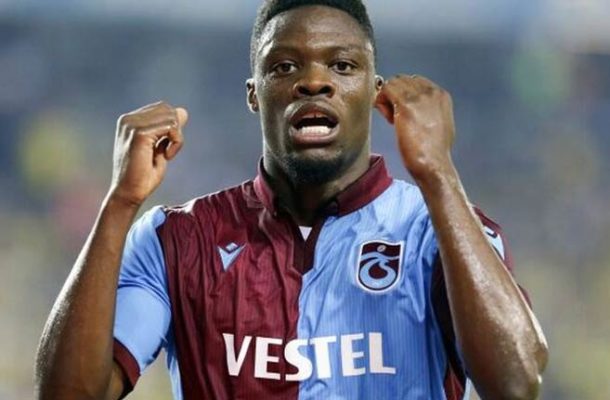 Caleb Ekuban played against his junior brother Joseph Ekuban who plays for Albanian side Tirana Partizani in a friendly game.

Trabzonspor played  their second and last preparatory match in the camping against Albanian side Tirana Partizani with Alexander Sorloth scoring the only goal of the game.

On each team was an Ekuban as the two brothers faced each other in the exciting game with the senior Caleb triumphing in the game.

Joseph Ekuban is the younger brother of the Black Stars striker Caleb Ekuban and is on loan from Italian side Hellas Verona with an option to buy at the end of the loan spell.

His older brother Caleb Ekuban  scored 17 goals for Partizani in the 2016–17 season, 2 years prior to Joseph joining the club.

Trabzonspor have been camping in the city of  Antalya and  will end it on Saturday  and will continue in Trabzon.