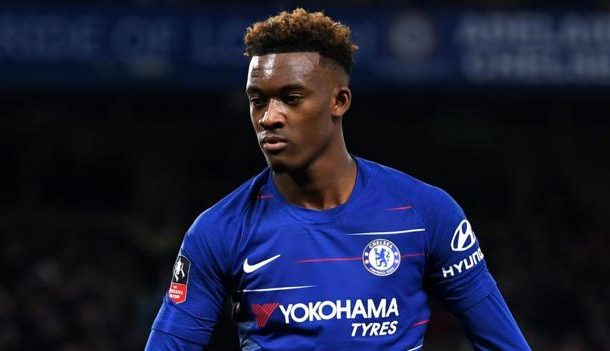 Chelsea's Callum Hudson Odoi is more than closer to signing a new contract that will tie him to the West London club for the foreseeable future.

The 18 year old only has about a year to run on his existing Chelsea contract and has been aggressively pursued by German giants Bayern Munich which saw the pensioners reject a sizable 40 million pound deal from the Bavarians.

With Frank Lampard's arrival and his commitment to using the club's homegrown players Hudson-Odoi is more than convinced that his future lies at Stamford Bridge and no where else.

The forward is believed to have agreed a 180,000 pounds a week contract with performance related bonuses that could shoot up to around 200,000 pounds.

Callum Hudson-odoi is currently recuperating from an injury he suffered in April and is expected to be back after the International break and may make his come back by the end of the month.

The club is hopeful an announcement of his contract extension would have been made by that time.