Can an African team make the semi-finals of World Cup 2018? 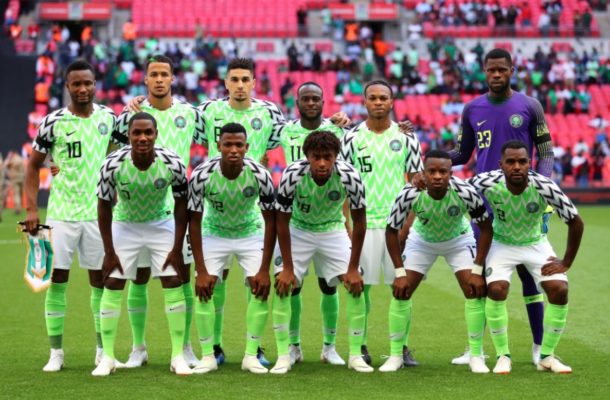 The great thing about the World Cup is that fans from all over the world get to see teams and players who they would not watch on a regular basis. For example, European football fans may not be as familiar with some of the players from the African nations taking part.

Africa as a continent has produced some outstanding players in the past. However, a country from the continent has never made it past the quarter-final stage at a World Cup finals.

Three teams have made it the last eight

Only three countries from the African continent have made it through to the quarter-finals of the competition, Cameroon in 1990, Senegal in 2002 and most recently Ghana back in 2010.

That particular record is a surprising one considering the talent produced by the continent as a whole. Only one of those three previous quarter-finalists will be in Russia this summer, as Senegal play in just their second finals tournament.

Some familiar names in the African teams

The African teams at this World Cup are Nigeria, Senegal, Morocco, Egypt and Tunisia. The likes of Senegal and Nigeria have a large number of players who ply their trade or have plied their trade in top European leagues, especially the Premier League.

Egypt, of course, has Liverpool’s man of the moment, Mohamed Salah. The Ballon d’Or candidate is fighting to be fit for the Pharaohs opening game on Friday against Uruguay.

Salah presence in the Egypt team would be a major boost, as forward has proven to be one of the best players in the world game since his switch to Merseyside.

Difficult for an African team to make the last four

European and South American teams have dominated the World Cup since its inception in 1930. No team outside the two continents have ever lifted the famous trophy in its history.

However, it is surprising that no African has made it to the semi-final stage of a World Cup. It will be difficult for this summer’s participants to change that record.

Nigeria heads into this tournament with a young and talented team. However, they have a tendency to be unpredictable and disorganised. The Super Eagles have a chance of making the knockout stages of the competition.

Egypt will rely heavily on the massive influence of star player Salah. The hopes of the national team rest firmly on Liverpool’s new hero. If he fails to recover in time for kick-off then it will be a big blow to the Pharaohs.

Morocco are underdogs to make the knockout stages of the competition, after being drawn alongside side Spain and European champions Portugal in Group B, which also contains rank outsiders. However, the Moroccans are unbeaten in 18 games, so will not be easy opponents.

Senegal looks like the African team most well placed to make the knockout stages of the competition, having been drawn alongside Poland, Colombia and Japan in Group H. Of the African representatives at Russia 2018, it is Aliou Cisse’s side that looks the most likely to go the furthest in the competition.

Tunisia will be taking part in their first World Cup in 12 years and have been handed a place in Group G alongside European teams Belgium and England who are favourites to qualify for the last 16. The North African nation making it out of the group would be a big achievement, despite a solid defence in qualifying.

In short, it seems unlikely that one Russia 2018’s African team will make history. However, as African teams have shown at past tournaments, they have the capacity to produce a major shock at World Cup final tournaments.