Can Ghanaians survive this 'failed Akufo-Addo regime' for another 2 years? – Top journalist quizzes 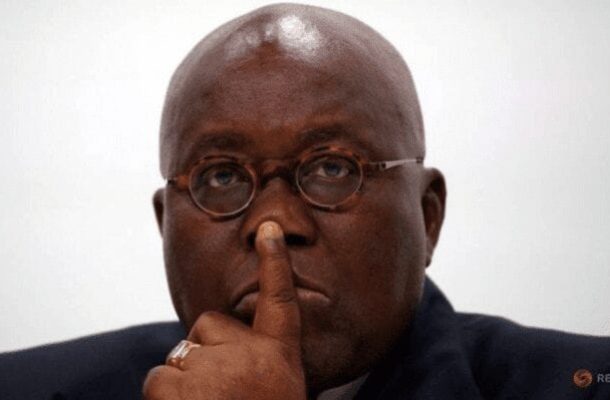 Popular Ghanaian media personality has wondered how Ghanaians will survive in this current economic conditions under the Akufo-Addo-led government for the next two years.

According to Blakk Rasta who made the assertions, President Akufo-Addo, is a failure and will go into history books as one of the failed presidents this country ever had.

Speaking on his Black Pot show aired on Empire TV, the outspoken broadcaster, born Abubakar Ahmed, pointed out that the citizenry will face even severe hardships in the next two years, thereby wondering how they will survive in the said period before this "corrupt" administration is kicked out of power.

To him, this government has failed in the delivery of better life conditions to the good people of Ghana.

Black Rasta outburst comes on the back of claims that President Akufo-Addo and his cabinet ministers are finally preparing the grounds for a bailout from the International Monetary Fund (IMF) after realizing that their high expectations for which the electronic transaction levy (E-Levy) was implemented could not be met.

He said he was not surprised after seeing a recent tweet by Gabby Otchere-Darko, whom he termed as "pseudo Prime Minister), announcing the flop of the E-Levy which they forced on Ghanaians a few months ago.

"My brother my sister, the regime has failed, the regime is visionless, this regime is nothing but an arrogant regime that will not listen to the voices of Ghanaians.

"Ghanaians now have a way of kicking their butts and telling them that we have regretted voting you into power. My brother my sister, can we keep this arrogant government for another two years? Can we survive it?" He quizzed.

"Hey, an arrogant man like this should be impeached and sent back to where he came from. That is my opinion and I stand by it any day," he stated on the show monitored by Ghanaguardian.com.