We can start impeachment of Mahama without majority - Nitiwul 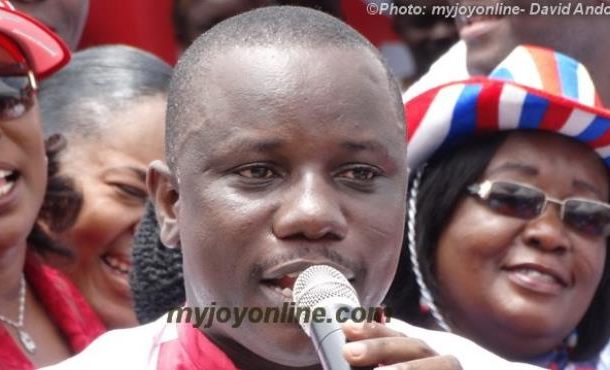 The Deputy Minority leader of Parliament says contrary to claims, they can unilaterally initiate the impeachment process of President John Mahama over the Ford Expedition saga without the majority.

Dominic Nitiwul told Dzifa Bampoh, host of Joy FM’s Top Story program, on  Wednesday that steps to get a President impeached do not entail the involvement of majority Members of Parliament (MPs).

Explaining the process, he says all that it takes to impeach the President will be to petition the speaker who will write to the Chief Justice (CJ) with his comment attached to it. A five Member committee inclusive of the CJ would be set up quickly and the members will determine if there is a prima facie case based on the evidence before them. "This can be done without the majority," he said.

However, he said the recall of MPs on Thursday over the $100,000 Ford Expedition vehicle gifted President John Mahama by a Burkinabe contractor, Oumarou Djibril Kanazoe has nothing to do with his impeachment.

“If we wanted to start impeachment process we will not recall Parliament or involve the majority. We would have done it on our own,” he said with an air of confidence.

There have been contrasting opinions over the the recall of MPs who have been busy on their campaigns.

Elements within the New Patriotic Party (NPP), claimed the MPs have been summoned to consider an impeachment motion filed by the Minority leader, Osei Kyei Mensah-Bonsu, over the Ford Expedition saga but this has been disputed by MPs of the governing National Democratic Congress (NDC). Mr Kanazoe was later awarded three government contracts namely the $650,000 Ghana Embassy wall in Burkina Faso and the Dodo-Pepeso section of the Eastern Corridor Road Project. He declined to take the third contract when the details of the Ford scandal became public.

At a news conference Wednesday - a day before the extraordinary meeting- Majority leader, Alban Bagbin, says he smells mischief in the action by the NPP.
He was worried why the Minority leader would mislead the public by putting out conflicting information regarding the recall. According to him, in one vein, Mr Mensah-Bonsu is reported as saying the MPs have been called back to consider the impeachment of the President, but he was later quoted as saying he has no knowledge about the reason for the recall. Majority leader, Alban Bagbin
Commenting on the issue, MP for North Dayi George Loh described the NPP motion as “a total waste of everybody’s time and a waste of state resources.”

He says Parliament has no business investigating an issue when it has been taken over by a Constitutionally mandated institution such as the Commission on Human Rights and Administrative Justice (CHRAJ) whose investigation in the issue is “far advance.”

CHRAJ was petitioned by a private individual and the youth wing of the Convention People’s Party (CPP) to establish the case of conflict of interest by the President. Mr Loh was confident the Majority will do everything to shoot down the motion for them to continue with their campaign ahead of December polls.

In his reaction, Mr Nitiwul says if the majority NDC MPs will remove the veil covering their faces they would appreciate the relevance of the motion filed.

He did not share in the claim that Parliament cannot carry out its own investigation alongside CHRAJ.

“So far as the issue is of relevance to the country, Parliament will do its best to have every angle of the story covered,” he said.